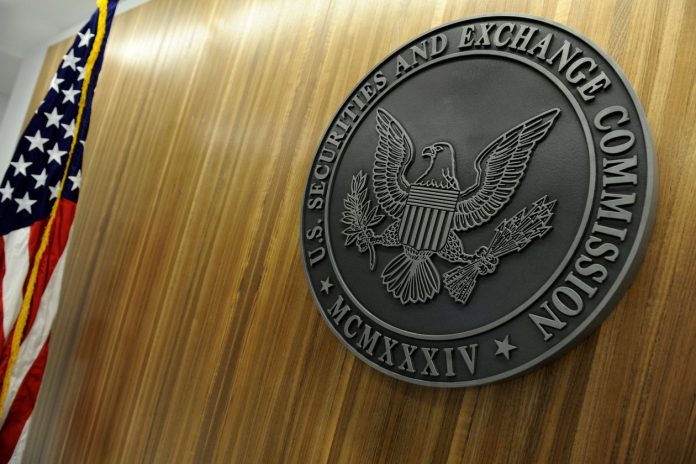 The SEC last Thursday took the laudable, if overdue, step of withdrawing guidance from 2004 that enshrined proxy advisory firms as stewards of corporate governance. Rescinding the guidance, the SEC said, is intended “to facilitate the discussion” about “the proxy voting process, retail shareholder participation and the role of proxy advisory firms.”

Proxy firms advise institutional investors on shareholder proposals regarding executive pay, director elections, political spending and other issues. A 2003 SEC rule required institutional investors like Fidelity or pension funds to develop and disclose proxy-voting policies but said they could satisfy their fiduciary obligation to clients by relying on the recommendations of third parties like ISS and Glass Lewis. The giants control 97% of the proxy advisory market.

Since institutional investors may hold shares in thousands of companies, conducting rigorous research to ensure that each of their votes is in their clients’ best interest can be costly. The rule thus encouraged institutional investors to farm out voting recommendations to ISS and Glass Lewis, which don’t have a fiduciary obligation to shareholders.

In 2004 the SEC issued guidance that gave proxy firms and companies that rely on them a safe harbor. Institutional investors sometimes provide services to corporations in which they own shares—for instance, underwriting bonds or managing employees’ pensions. But SEC staff said the “recommendations of a third party who is in fact independent of an investment adviser may cleanse the vote of the adviser’s conflict.” In other words, by taking dictation from ISS or Glass Lewis, an institutional investor could protect itself from lawsuits.

Not to worry, SEC staff said, these conflicts are kosher. The SEC’s guidance thus encouraged corporations to consult proxy firms to obtain favorable recommendations. Since the Dodd-Frank Act requires shareholder votes on CEO pay, for example, executives had a pecuniary incentive to seek their advice.

A 2012 survey by Stanford University’s Rock Center for Corporate Governance, The Conference Board and Nasdaq found that 72% of publicly traded companies consulted proxy advisory firms on executive comp. A 2014 Rock Center study found that when ISS and corporate management disagreed about pay, large money managers voted with the proxy firm more than 95% of the time.

Meantime, an uptick in shareholder activism in conjunction with a shift toward more index-fund investing has made proxy firms more powerful. Activist investors have been putting forward more shareholder proposals on subjects from board diversity to climate change. These proposals are voted on in block by large asset managers based on recommendations of ISS and Glass Lewis.

Withdrawing the SEC’s 2004 guidance is the first step in subjecting the proxy giants to much-needed scrutiny. The House last year passed legislation requiring proxy firms to disclose their potential conflicts of interest and methodologies for formulating recommendations. The SEC could also impose a fiduciary obligation on proxy firms.

Corporate boards answer to shareholders, and asset managers to clients. Why are the two most influential voices in corporate America immune from accountability or transparency?

The claim that shareholder proposals are voted on “in block” by large asset managers based purely on the recommendations of ISS and Glass Lewis isn’t supported by the data.

Letter to Editor: BlackRock Makes Its Own Proxy-Voting Choices

Regarding your editorial “Cracking the Proxy Racket” (Sept. 18): BlackRock supports the SEC’s efforts to facilitate a discussion on various aspects of proxy voting and shareholder engagement. The trend toward index investing has benefited millions of people around the world saving for retirement and other goals. What it has not done is increase the power of proxy advisory firms. Asset-management firms that sponsor index funds have dedicated teams focused on company engagement and proxy voting. BlackRock’s investment stewardship team has more than 40 professionals responsible for developing independent views on how we should vote proxies on behalf of our clients.

Furthermore, the claim that shareholder proposals are voted on “in block” by large asset managers based purely on the recommendations of ISS and Glass Lewis isn’t supported by the data. In our recently published ViewPoint, we reviewed the voting records of four large asset managers on shareholder proposals. The results couldn’t have been more clear: The managers’ voting patterns differed considerably from each other and from ISS recommendations. While ISS recommended in favor of over 70% of the shareholder proposals, the four managers supported between 14% and 33% of these proposals, with tremendous variation in the underlying votes. The only factor that dictates how BlackRock votes during proxy season is our fiduciary commitment to delivering long-term value for our clients.