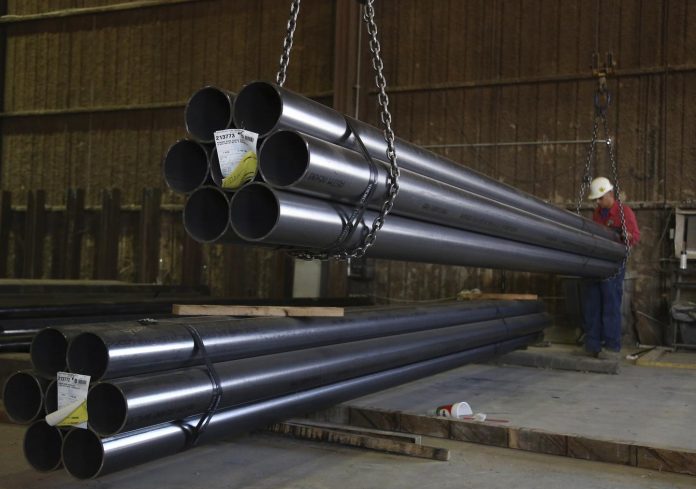 In politics, as in economics, one of the real dangers of making radical changes is unintended consequences. Add in the complications of international relations, such as our dealings with economic rival China, and the unknowns, as former U.S. Secretary of Defense Donald Rumsfeld might have put it, become even more unknown.

Such is the case with President Trump’s enthusiastic pursuit of tariffs. The U.S. has slapped a 25 percent tariff on steel, a 10 percent tariff on aluminum, and new tarriffs on $200 billion worth of Chinese products — on top of tariffs already imposed on $50 billion worth of products. China has responded with its own tariff list on $60 billion of U.S. goods. According to the Peterson Institute for International Economics, with these latest round of tariffs:

Trump will have imposed new trade restrictions on 12 percent of US imports during 2018 alone. The combined trading partner retaliation stemming from Trump’s 2018 tariff collection will cover over $125 billion, or 8 percent, of US exports.

Unfortunately, there seems to be no end to the escalating trade war between U.S. and its partners.

If unknown consequences are a staple of President Trump’s politics, so too is irony. That’s because one of China’s new tariffs is on liquefied natural gas (LNG), a bustling export market for U.S. energy firms. The president himself singled out LNG during a June 2017 event heralding the advent of American “energy dominance.” As he should — U.S. did export more than 1.9 billion cubic feet per day of LNG in 2017, putting it on pace to become the third largest LNG exporter in the world by 2020, behind Australia and Qatar. We could even become the world’s largest LNG seller within five years.

China, in particular, is hungry for LNG imports and is expected to constitute the world’s biggest market for that product. That’s mostly due to a long-term energy plan that favors using more natural gas to lower an overreliance on coal. The problem, at least for the U.S., is that China has a number of choices about who supplies its LNG. Neighboring Russia has significant gas supplies, and so does global LNG leader Qatar.

That, in a nutshell, is the problem with tariffs. One nation fires a shot at its competitors in the name of protecting home-grown industries. Another nation fires back, usually hitting where it hurts most. In the end, some other sector usually pays the price. In this case, it’s the booming LNG market. The lasting effect of an escalating trade war with LNG caught in the crossfire could be very damaging as exports and long-term contracts are imperiled. U.S. LNG pioneer Cheniere Energy, in particular, has two long-term sales agreements with state-owned China National Petroleum Corporation (CNPC) and is now slated to ship LNG from its new liquefaction facility in Corpus Christi by the end of the year.

The health of the LNG sector, however, isn’t the only potential casualty of Trump’s tariff approach. Imported steel and aluminum, two commodities that are front and center in the escalating trade war, play critical roles in supporting our nation’s energy sector.

Pipeline construction, for example, relies heavily on imported steel, especially for specialty products that are no longer produced in this country. We are already seeing the impacts of steel tariffs on pipeline construction costs, an important part of U.S. energy infrastructure, which is privately financed. Recently, the Commerce Department rejected a request from Plains All American Pipeline LP to be exempted from paying the new steel tariffs for its $1.1 billion project to build 550 miles pipelines. This could mean an increase of as much as $40 million in the cost of one project, which means less money available for future privately financed projects at a time when increased pipeline infrastructure is needed to prevent distribution bottlenecks in natural gas rich locations.

Tariffs could pose real danger to the American energy renaissance that the president has worked hard to help nurture. If we really want “energy dominance” and if we really want to build the kind of energy security that will make America great for generations, we can’t afford setbacks to our energy future from a dangerous game of trade brinksmanship. Now is the time to reevaluate our approach to trade to ensure that retaliatory tariffs don’t undermine much needed economic momentum.

Op-Ed: Investing in low-emissions energy is the key to the climate...