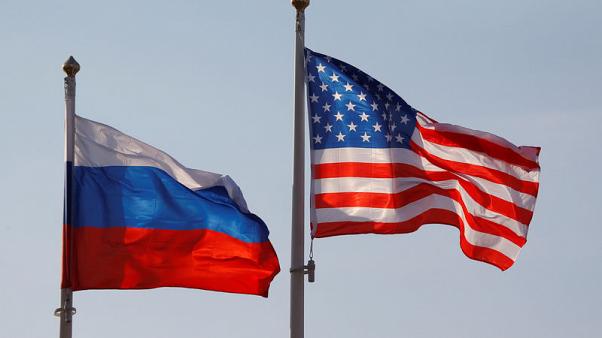 With the midterms emerging in November, America’s political system could find itself susceptible to cyberattacks by Russia and other foreign governments. Since evidence of Russian interference became clear, both the Trump administration and Congress have introduced plans to punish Russia for its actions and prevent aggression in the future.

One of these proposals, the Defending American Security From Kremlin Aggression Act (DASKAA), sponsored by Sen. Lindsey Graham, R-S.C., would prove especially harmful to domestic business by imposing an overly broad set of sanctions.

The DASKAA, while intended to deter future Russian meddling, would actually cause international oil and gas supply chains to be disrupted. This could mean increased oil prices, possible oil shortages, and supply chain issues that trickle down to higher costs for American consumers. These new sanctions would also force American companies to exit joint projects within Russia, resulting in negative impacts on both U.S. energy firms and domestic employment. By sanctioning Russian energy and financial entities, there would also be adverse impacts on worldwide financial markets, as converting the U.S. dollar to other currencies would become more difficult, causing severe ramifications throughout the international financial community.

In addition to sanctioning Russian energy and financial firms, the DASKAA also targets the issuing of new Russian sovereign debt. Sovereign debt, also known as money a country borrows through selling bonds, is already issued by the Russian government all over the world, and is used heavily in contracts and hedging instruments. These sanctions could affect the value of these instruments, negatively impacting industries outside of financial markets.

These sanctions could lead to a selloff in markets not tied strongly to the U.S., causing volatility and decreasing demand for Russian debt in foreign exchanges. There are also international relationships at stake, as actions by the U.S. could push nations that already disregard U.S. sanctions into a closer relationship. Conceivably, China and Iran could consequently develop stronger relationships with Russia, further endangering American election security through a united front by rogue nations.

In the wake of these sanctions, it is also important to note that Russian businesses will continue to operate. In a globalized market, the Russian companies targeted by U.S. sanctions will find other markets within which to sell their goods. The targeting of Russian entities through freezing assets and the placement of travel bans should also be done with caution, as the U.S. government should not prohibit business between U.S. companies and legitimate Russian business leaders. Just by inviting Russia to participate in business deals, foreign nations could force U.S. business out of projects, some of which include long-held infrastructure and investment.

Sanctioning Russia’s energy and financial sectors would cause U.S. businesses to lose joint deals and to be unable to secure payment from Russian entities, and could leave U.S. companies without the ability to pay their employees in Russia.

The U.S. government should also note that keeping U.S. business out of Russia could lead to a sanctioning of ideas; without U.S. business operating in Russia there will be little opportunity for Russian businesses to be exposed to transparency, accountability, and good governance practices. In short, sanctions placed on Russia will not do anything to change Russia’s behavior.

American lawmakers need to construct a response that threads the needle by punishing the Russian government for its election meddling while still allowing U.S. companies to conduct their normal operations.

In contrast to the DASKAA, another bill proposed takes a more controlled and exacting path to the solution. The Cyber Deterrence and Response Act (CDRA) seeks to punish meddling by identifying those actors directly responsible for cyberattacks. The CDRA requires the president to designate attackers as “critical cyber threat actors,” labeling them specifically instead of blanketing punishment across the entire international market.

DASKAA’s sledgehammer approach could cripple American business more than the Russian government can, leaving domestic U.S. firms to pay the price for Russian offenses. Through a targeted approach like the one proposed in the CDRA, domestic businesses and international markets will not be collateral damage in the fight against election meddling.

Optimism In The New Mainstream Economy

The Puzzle of Low Interest Rates