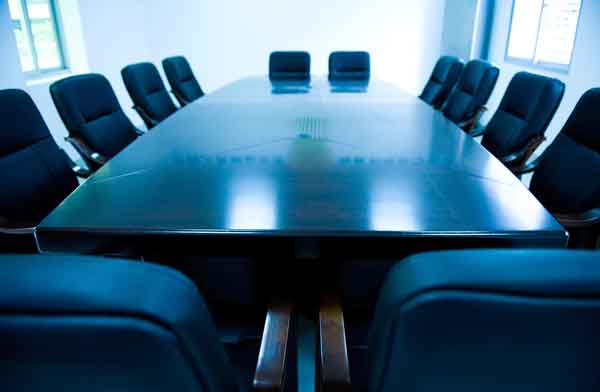 Investors are voting on expensive shareholder proposals designed to tackle global warming without understanding the negative effect such measures have on their investments, according to a report published Monday.

Four law firms surveyed 100 companies’ experiences with the proxy investor season and found respondents reported that almost 20 percent of votes are cast within three days of a recommendation. The survey was commissioned by the American Council for Capital Formation and determined that so-called robo-voting on proxy filings is a common theme.

The paper, which is based on a review of filings from 94 companies from 2016 through 2018, identified 139 significant problems with the proxy investor industry, including 49 that were classified as “serious disputes.” Activists often use the industry to propose major environmental measures that can negatively affect a corporation’s financial bottom line.

“Our research shows that not only are proxy advisory firms regularly guilty of issuing shoddy and factually inaccurate guidance, but the business community rarely has sufficient time to correct the data when they do,” Placenti said.

Placenti added: “The result is a perfect storm for America’s public companies, as well as retail investors who are seeing the value of their holdings diminished by a proxy process that is clearly flawed.”

Two of the biggest players in the industry — Institutional Shareholder Services (ISS) and Glass Lewis – control roughly 97 percent of the sector’s clientele, made up exclusively of so-called ESG (Environmental, Social and Governance) investors. ISS and Glass Lewis are privately held companies, yet some believe their actions are not being properly regulated.

“It’s no surprise that the ACCF, a corporate lobbying group and key backer of the Main Street Investors Coalition that is campaigning to hinder the rights of shareholders, has commissioned a paper that advocates for weakening the current system,” ISS said in a statement to The Daily Caller News Foundation. “Institutional investors are not robots as suggested in the report.”

FILE PHOTO: People take part in protests ahead of the upcoming G20 summit in Hamburg, Germany July 2, 2017. Placard reads “Global Warming is NOT a Myth”. REUTERS/Hannibal Hanschke/File Photo
Executives at the company opposed a shareholder measure in December 2017 forcing the oil company to publish detailed reports on the effects of oil production on the climate, but activists managed to gather enough votes to pass the measure.

The measure asked Exxon potential risks of “technology changes and from climate change policies such as the 2015 accord aiming to keep average global temperature increases below 2 degrees Celsius,” Reuters reported in May 2017. The Trump administration also appears to have taken notice of both ESGs and the proxy advisers who wield them.

The Labor Department issued a warning in May to managers of retirement funds to avoid using politically motivated investment strategies to tackle environmental issues. Several retirement funds have used exotic techniques during the past several years to submit proposals designed to push political campaigns.

The Securities and Exchange Commission (SEC) is hosting a roundtable in November to hear investors, issuers and other market participants discuss the proxy system, including robo-voting, the shareholder proposal process, and the role and regulation of proxy advisory firms.