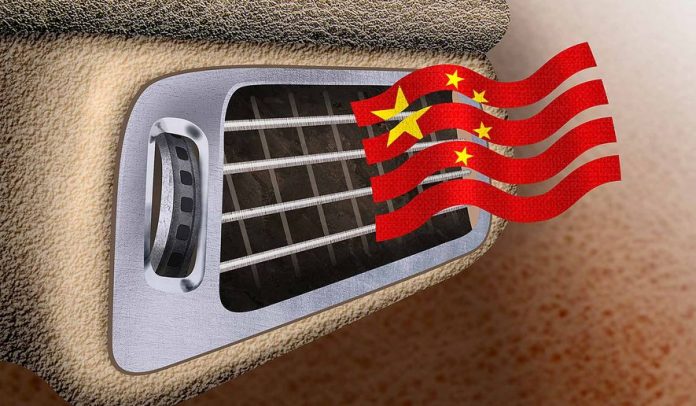 President Trump and China’s leader, Xi Jinping, are currently engaged in a tense standoff over trade. For Mr. Xi, global economic dominance for Communist China is key to achieving superpower status. Standing in his way is Mr. Trump, who is combatting China’s economic aggression against America, including economic espionage and intellectual property theft.

Unfortunately, recent actions by two federal agencies appear disconnected from this high-stakes game of geopolitics. The notice of proposed rulemaking (NPRM) on vehicle emissions reflects a policy at odds with the president’s manufacturing and trade agenda. We are poised to hand a strategic industry to the Chinese on a silver platter.

At issue is a proposal to eliminate “mobile air conditioning” (MAC) credits in a proposed vehicle emissions rule. These credits allow vehicle manufacturers to trade the use of clean refrigerants in their air conditioning systems for marginal leniency on their emissions requirements.

This may sound dull and bureaucratic, but MAC credits are incredibly important to U.S. industry. They spurred significant investment in U.S. led innovation. American companies have spent well over $1 billion to develop, produce and commercialize a new class of refrigerants that are much safer for consumers when compared to the older refrigerants they are designed to replace. Specific to the auto industry, a proven technology (HFO-1234yf) is now being widely used in automotive air conditioners in U.S. cars. With the backing of the existing MAC credits policy, U.S. industry led the way to develop safer replacement refrigerants that are easy to use, thus helping American businesses to increase their competitive advantage in the next-generation refrigerant market.

China, of course, is concerned with this development. It dominates the production of fluorspar-based predecessor refrigerants — a market that it captured several decades ago by practicing unfair trade and cratering prices in the market for American refrigerants. If U.S. policy regarding MAC credits is reversed, automakers will lose flexibility, better environmental products will be cast aside, and U.S. manufacturers will be punished for many decades for the significant investments they made to support U.S. policy.

The timing of these proposals could not be better from China’s perspective. A new manufacturing facility to make HFO-1234yf came online in 2017 in Louisiana, and another one is being completed now in Texas. These fresh investments in next-generation technology help preserve valuable, high-paying manufacturing jobs in these regions. Pulling the rug out from under U.S. producers, their suppliers and distributors — all who based their investments on federal policy — would jeopardize these investments and jobs.

Putting aside our tensions with China, we have an opportunity to pursue smart policymaking by allowing vehicles to trade one kind of pollution reduction for another. This common-sense policy provides automakers greater flexibility in compliance and reduces pollution at a lower cost, making it easier for everyday Americans to afford a new car. Keeping the MAC credits policy in place will provide all manufacturers producing cars for the U.S. market with the opportunity to gain emission credits by using a safer refrigerant. This allows automakers to comply with emissions standards more cost-effectively and reduces emissions by the equivalent of about one mile-per-gallon.

This approach shares none of the undesirable qualities of other environmental subsidies that have distorted markets. The policy would not require creation of a new industry out of thin air; it would support a proven technology, currently used in vehicles. The demand for automotive air conditioning is well-established. In addition, the credit is of limited scope: substituting one type of coolant for another.

The proposed vehicle emissions rule may be an improvement over the Obama administration’s burdensome 2012 standards, but it poses major problems for U.S. interests, particularly vis-a-vis Communist China. Dropping MAC credits would be a huge mistake at the absolute worst time, undermining a component of the President’s manufacturing and trade agenda.

We should restore the MAC credits and seek policy solutions that are consistent with an America First trade agenda. This would incent the use of innovative U.S. technology in a strategic industry for years to come.

• George David Banks is President Trump’s former adviser on international energy and environment. He is also executive vice president of the American Council for Capital Formation.