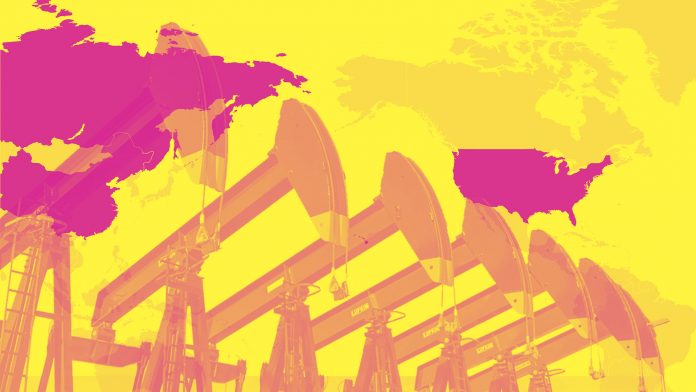 President Donald Trump’s tariff diplomacy has provoked criticism at home and abroad. Contained within his policies, though, is an oft-overlooked focus on combating the growing dominance of China’s state-owned enterprises in the global economy.

The Communist Party of China controls the operations and direction of China’s state-owned enterprises, and their corporate governance is in lockstep with the CPC’s political aims. In a recent report on China’s economic aggression against the United States and other countries, the White House Office of Trade and Manufacturing Policy emphasized the importance of state-owned enterprises to China’s foreign economic policy goals, including Beijing’s obsession with creating “national champions” to control global markets, often through intellectual property theft and espionage.

This Frankenstein approach to developing Beijing’s fleet of state-owned enterprises has produced astonishing results. Chinese companies now occupy nearly 300 positions on Forbes’ Global 2,000 list — up from only 43 in 2003. In the same period, the number of U.S. businesses on the list dropped from almost 40 percent to roughly 30 percent.

Chinese companies are now a dominant force in strategic sectors, including communications, energy production, high-tech manufacturing and mining. If left unchecked, China’s state-backed enterprises could quickly undermine the competitiveness of many public companies in the West.

To effectively counter China’s growing economic aggressiveness, America needs to promote its own “national champions” — companies that are more innovative, leaner and efficient than their competition. Trump’s tax and regulatory reforms have gone a long way toward achieving this goal, but they are not enough.

The Trump administration needs to support corporate governance reforms that protect retail investors while enhancing the strength of U.S. corporations. Unfortunately, the process governing public corporations in the United States is hijacked with increasing regularity by special-interest activists — often allied with public pension funds, proxy advisory firms and asset managers — who seek to achieve political and social goals rather than boost a company’s competitiveness.

Political and social activists are rolling the dice with our economic system because they don’t like what certain companies produce or how they choose to manage their business. They seem blissfully unaware of the consequences of their actions. U.S.-based public companies are already the most transparent corporations in the world. It is in their best interest to be good corporate citizens and to look after shareholders and employees alike, least a negative news story damage their reputation and stock price simultaneously.

Handing greater control of the global economy to China’s state-owned enterprises by destabilizing the management of U.S. public companies may not deliver the “Brave New World” activists seek. It may instead open the door to foreign dominance by state-owned companies that care little for environmental and worker-protection laws.

Setting U.S. corporate governance back on track will require asset-fund managers to focus on improving economic performance instead of playing politics with the retirement savings of average Americans. The Trump administration should also push for greater transparency from China’s state-owned enterprises, including the same level of disclosure that is followed by U.S. firms — either through regulation or voluntary action.

Here is an opportunity for Trump to show leadership. No other nation has seriously challenged China’s state-backed firms to follow Western standards of corporate governance. Bringing an end to China’s free ride could create a more level playing field for American companies. It would also make it harder for China to cheat on its international obligations — as it did so recently with the illicit production of chlorofluorocarbons, a potent ozone-depleting chemical banned in 1987.

Building upon Trump’s successes with tax reform and rolling back burdensome regulations, there remains an urgent need to repair corporate governance to check China’s escalating economic aggression. The window of opportunity to defend the foundation of America’s power, however, is quickly narrowing. Without swift action, activist shareholders could undermine the better world they wish to create by weakening U.S. competitiveness and helping China gain greater control of the global economy.

The Call for a National Strategy on Climate and Energy Innovation