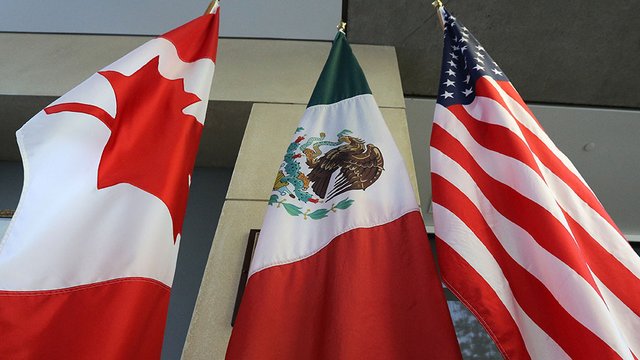 After lengthy negotiations and a lot of hand-wringing by American economists and business leaders, the United States, Mexico and Canada have struck an amenable deal that in some cases modernizes and in other cases tightens the original North American Free Trade Agreement (NAFTA).

Overall, the changes are seen as minor tweaks to an important agreement that has helped all three countries involved over the past 25 years. The new deal was welcomed by the experts with a sigh of relief.

Now, it is up to Congress to act swiftly to formally approve the aptly renamed United States-Mexico-Canada Agreement (USMCA) so that America can continue to reap the benefits of free trade between these two partners under an umbrella of certainty.

There is no question that the updated free-trade agreement is a notable accomplishment for the Trump administration, especially given the rocky start the U.S. got off to in preliminary discussions and early rounds of negotiations.

The USMCA delivers a major win for the president’s economic agenda. Business and industry leaders from all economic sectors watched each round of trade negotiations with bated breath.

The USMCA is particularly important for the U.S. energy sector, an economic powerhouse, since it embraces many of the free-trade principles of the original NAFTA while continuing and strengthening the economic benefits of energy trade with America’s two largest trading partners, Mexico and Canada.

For domestic energy companies — and the more than 10 million American jobs they directly or indirectly support — the USMCA is an assurance that the U.S. energy revolution will continue to move forward undeterred.

Without a modernized agreement between the three countries in place, the future of the U.S. energy market would be much more uncertain.

The North American energy trade creates jobs, drives down energy prices for consumers and businesses, and strengthens energy security — here in America as well as in Canada and Mexico. Unlike some economic sectors, energy markets across North America are intertwined and mutually dependent on each other.

NAFTA helped foster this interconnection between energy markets in the United States, Mexico and Canada by lifting tariffs on crude oil, gasoline, jet fuel and more, as well as for goods that are particularly energy-intensive to manufacture.

The economic benefits of the United States’ participation as an energy trading partner with Canada and Mexico cannot be overstated. Since NAFTA was originally negotiated and approved by Congress, the agreement has helped strengthen our economy and ramp up domestic energy production.

A strong free-trade agreement with our neighbors to the north and south as well as the shale revolution has helped fuel the U.S. energy renaissance in ways we could not have predicted when NAFTA was originally agreed upon.

Free trade between Canada and Mexico has also helped America become one of the largest suppliers of crude oil, refined petroleum and natural gas in the world. Not only does that allow us to create more jobs and income, but it enables us to lessen our dependence on foreign oil from hostile countries or regions.

Thanks to the passage of comprehensive tax reform and the rollback of many heavy-handed, anti-business government regulations, the United States is experiencing record-low unemployment and robust job creation.

But these economic gains could be undermined if Congress does not formalize America’s participation in the newly renegotiated USMCA.

The interconnected trade relationship between the United States, Mexico and Canada must be preserved, especially for the continued success of the energy sector.

There’s no reason to drag this out any further — Congress should approve the USMCA without delay.

Trump is copying the failed trade policies of both Mexico and...