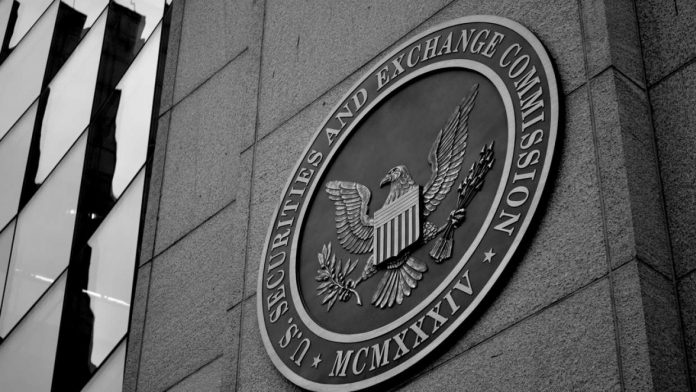 A bipartisan group of senators introduced a bill Nov. 14 that would “hold proxy advisory firms accountable” by requiring the Securities and Exchange Commission to regulate major proxy advisory firms under the Investment Advisers Act. The following day, the SEC hosted a roundtable discussion seeking industry input on improving the proxy voting system, including an examination of how proxy advisory firms should be regulated.

Laura D. Richman, counsel at Mayer Brown LLP in Chicago, said there’s a good chance changes are coming to the proxy advisory market. The interest from Washington “could easily result in some additional regulation. But it also, I think, has the impact of making ISS and Glass Lewis think about what they’re doing, and they may become more transparent on their own.”

There have been calls to make proxy advisory firms more transparent about the way they formulate reports and further disclose conflicts of interests.

Executives at the two proxy advisory firms that control approximately 97% of the market — Institutional Shareholder Services Inc. and Glass Lewis & Co. — said at the SEC roundtable that they’re working diligently to diminish and disclose any conflicts.

Katherine Rabin, San Francisco-based CEO of Glass Lewis, which is owned by the Ontario Teachers’ Pension Plan and the Alberta Investment Management Corp., said her firm always discloses conflicts on the front page of a given report. At ISS, Gary Retelny, New York-based president and CEO, said his firm has “a strict firewall in place” between its consulting and research businesses. “If a company buys a product it won’t help with a recommendation,” he said, adding ISS already is a registered investment adviser.

Sean Egan, president and founding partner of Egan-Jones Proxy Services, Haverford, Pa., said his company does not have a consulting business, but there are “conflicts that arise from consulting when you’re also in the proxy advisory business.”

In research released before the SEC roundtable, the American Council for Capital Formation, a corporate governance advocate in Washington, concluded many asset managers “automatically rely on proxy firms’ recommendations,” in what’s known as robo-voting. The ACCF research concluded robo-voting enhances the influence of proxy advisory firms and “undermines the fiduciary duty owed to investors.”

At the roundtable, Mr. Retelny said 87% of the shares for which ISS executes votes are done so per custom client policies. Ms. Rabin added: “At the end of the day, what we’re doing is executing votes in accordance of the specific instructions of our clients.”

Nearly all of the time, proxy votes are simple and don’t require much scrutiny, said Jonathan Bailey, managing director and head of ESG investing at Neuberger Berman, LLC, New York, at the roundtable. “It is efficient and cost-saving for our clients to be able to use the workflow management capabilities that the proxy advisory firms offer us to be able make those decisions,” he said.

Patti Brammer, corporate governance officer of the $101.4 billion Ohio Public Employees’ Retirement System, Columbus, said her fund votes in roughly 10,000 shareholder meetings each year and simply doesn’t have the time and resources to form an opinion on each vote. Proxy advisory firms allow “us to fulfill our fiduciary duty and it would be virtually impossible to do that without that aspect being available,” she said at the roundtable. OPERS has its own guidelines and policies that ultimately guide its votes, Ms. Brammer added.

Timothy M. Doyle, vice president of policy and general counsel for the ACCF, said the SEC should require proxy advisory firms to be more transparent with how they formulate their recommendations and put in place a uniform process for conflict disclosures. “If that is done in a more transparent way we would be much more satisfied with the existence of the proxy advisory firms and their corresponding benefit to the shareholders,” he said.

The best solution, Mr. Doyle added, would be one from Congress.

The bill is similar to the Corporate Governance Reform and Transparency Act of 2017, which passed the House of Representatives late last year, but excludes some of the latter’s more controversial elements. In an email, Steven Friedman, ISS general counsel, said based on an initial review, the new Senate bill does not contain some of the “most concerning aspects” of the House bill, “in particular the ability of issuers to pre-review our reports, a provision that was troubling both to ISS and to many of our clients.”

Under the proposed Senate bill, smaller proxy advisory firms would not be required to register under the Investment Adviser Act so as to not discourage new entrants into the market.

“Requiring proxy advisers to register with the SEC will help reinforce these firms’ integrity by addressing any potential conflicts of interest and by assessing the accuracy of their communications,” said Sen. John Kennedy, R-La., one of the bill’s sponsors, in a statement. “This bipartisan legislation will protect investors by holding proxy advisory firms responsible for the services that they provide to clients.”

Mr. Retelny said additional regulation is not necessary and would add a “significant amount of potential costs and will stress the logistics of the workflow that many institutional investors depend on.”

Ms. Rabin said Glass Lewis already applies high standards to is business. It has globally adopted the principles developed by the independent Best Practice Principles Group, based on recommendations from the European Securities and Markets Authority, she added.

Any additional regulations should bear in mind potential changes to the timelines and independence of the proxy advisory firms’ research and data aggregation work, Neuberger Berman’s Mr. Bailey said. “If either of those were threatened that would not help the quality of the decision-making, which is ultimately why we used this advice in the first place,” he added.

Chris Burnham, president of the Institute for Pension Fund Integrity in Washington, said the SEC should take the lead on any further regulation. “They’re going to have the vast expertise to make the most informed opinion and bring together key constituent groups and stakeholders,” he said.

In an earlier panel discussion about proxy voting infrastructure, Ken Bertsch, executive director of the Council of Institutional Investors, endorsed looking into using blockchain technology in proxy voting as a way to streamline the process. The technology would ensure vote confirmation, enhance privacy and security, and reduce mailing costs, he said.

At the roundtable, SEC Chairman Jay Clayton said it’s necessary for participants to come together to solve the complex issues surrounding proxy voting, adding: “So hopefully this is not the last meeting of groups like this.”