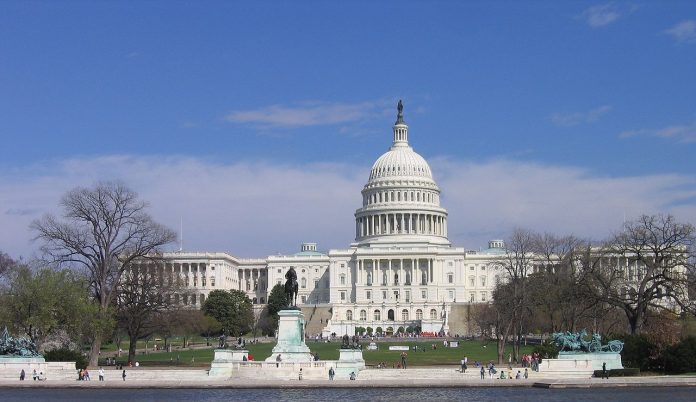 The mayhem around trade policy and its ripple effects continue the cause unease about the future of the U.S. and global economies. In the aftermath of the midterm elections, one wonders what the new equation in Congress will mean for the economy.

Unfortunately, the otherwise good economic indicators have been shadowed by the uneasy stock market, which is partially due to the insistence of the Administration on certain trade policies.

The months of October and November saw an extremely volatile stock market. The election has not changed this volatility: In November, the downturn wiped out the full market gains for the year, and in fact creating a loss for the year. This volatility has been attributed by many to fear of a potential slowdown in economic growth at home and abroad, as well as increasing trade tensions worldwide, particularly between the U.S.A. and China.

However, most recent economic indicators show that the U.S. economy is doing well. The economy grew at a healthy rate of 3.4% in the third quarter of 2018. The unemployment rate was low, around 3.7% in October. These numbers are fortified by the October Consumer Confidence Index released by the Conference Board, which hit an 18-year high primarily due to “strong employment growth” followed by a slight decline in November.

So why are many economic analysts and experts so pessimistic, despite the positive economic indicators and high consumer confidence? 2018 began with positive headwinds created by the long overdue tax reform.

In particular, the reduction in the corporate tax rate coupled with pro investment provisions were widely welcomed by the business community. However, for many, the administration’s protectionist trade agenda threw cold water to some of this happiness and rightfully so.

From the get go, the Administration has pushed for a protectionist agenda, with goals and policies oddly similar to the ones followed by many developing countries from the end of World War II until the late 1970s. These policies were broadly known as “Import-Substituting Industrialization.”

Driven by economic and political reasons, these countries tried to create a manufacturing base to replace the manufacturing imports through various policies, mainly increased tariffs. One reason advocates of this policy used was that “the world economy was rigged against new entrants,” so they chose to target decreasing imports rather than increasing exports to grow their economies.

Fast forward to 2018, the most powerful economy of the world uses a similar argument to defend its actions, “We are the piggy bank that everybody is robbing and that ends.”

For many in the developing world, import substituting industrialization fell short of their goal, in some cases creating massive economic crises like the Mexican crisis in the late 1970s and early 1980s. As a result Mexico began liberalizing its economy to get out of the hole.

It is too early to judge how protectionist U.S. trade policies will impact the U.S. economy in the long run. But a recent analysis by IMF economists, Jonathan D. Ostry and Andrew K Rose, using data for 151 countries shows that between 1963 and 2014, tariff increases led to economic declines in domestic output and productivity.

Their study also shows that the effect on output and productivity tend to be magnified when tariffs rise during expansions for advanced economies.

This well-done study will probably be dismissed by many in the administration, but the most recent trade data released by the Commerce Department already points to evidence that these policies are missing the target set by the President. The trade deficit in goods reached $55.5 billion in October, a 10 year high, despite the best efforts of the administration and deficit with China is also climbing.

These numbers were not unexpected among the economists, given the fiscal stimulus provided in the form of tax cuts. But what worries experts and businesses is that the trade hawks in charge could up the volume in their protectionist policies with the sole goal of decreasing the trade deficit.

And given President Trump’s celebration of the election results and his power over trade policy, we are bound to see more of this.

Is it possible to turn the ship around? Yes. The U.S. could decrease its attack on free trade and concentrate on things that will improve the bottom-line for the U.S. economy in the long run. These issues could be few, given the divided government, but no less impactful.

For example, one policy both sides of the aisle could agree on and work together on is a much-needed infrastructure bill. We could also see some movement on the retirement policy front, which could not be timelier. Let’s just hope there is enough political will to bring both sides to the negotiation table to design policies that will benefit the U.S. economy.

Wilber is an adjunct professor of economics at Georgetown University and the chief economist for the American Council for Capital Formation.