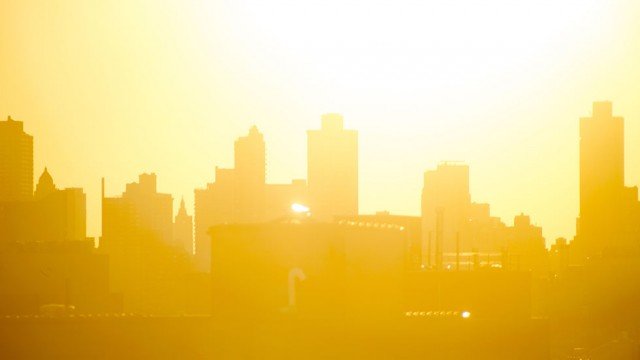 A few weeks ago, the Trump administration scored a major diplomatic victory in international climate policy in the industrial city of Katowice, Poland. While this win won’t receive much attention in the headlines, Trump’s State Department achieved a decades-old foreign policy goal that helps protect U.S. manufacturing and levels the playing field against major economic competitors, particularly China.

At stake was transparency in the reporting of greenhouse gas (GHG) emissions and the creation of a single set of rules for all countries. Under the United Nations Framework Convention on Climate Change (UNFCCC), the United States faced more stringent reporting requirements than its competitors in the developing world. The Katowice agreement now requires others to do the same as the United States — report their GHG emissions across all sectors, including trade-sensitive industries like steel, chemicals and aluminum.

This sounds weedy and technical, but the UNFCCC flaw gave emerging economies like China an unfair advantage in international climate diplomacy — and more importantly – in trade. Thanks to the outcome in Katowice, U.S. policymakers will enjoy greater insight on Chinese industrial capacity, sector by sector, that will inform their future trade negotiations with Beijing. They will also know with greater certainty the carbon intensity of Chinese industry, and it will be clearer when China cheats or falls behind in its climate-related promises. Having to shine light on this kind of information largely explains why Beijing fought standardized reporting for years.

The increased transparency of emissions could have a substantial impact on trade and climate policy — much to the benefit of the United States. The conventional wisdom in Republican circles that climate policy is detrimental to the U.S. economy could be turned on its head with a smart merger of trade and climate mitigation objectives. Simply put, the right policy could actually bolster U.S. competitiveness vis-à-vis China and other economies that are more carbon intensive.

The United States would need to shift from a territorial-based accounting of its GHG emissions to a system that tracks its overall global share. What this means in practice is that the United States would count the emissions that it imports minus the amount that it exports — about 0.7 gigatons in 2015. That’s a big number, compared to the 6.5 gigatons in territorial U.S. emissions reported by the Environmental Protection Agency. With this more realistic accounting, U.S. emissions would be roughly 10 percent higher.

This approach could also increase U.S. exports if other economies pursued similar accounting. U.S. products, in many cases, would face lower carbon tariffs than their global competitors in foreign markets.

Such a trade policy would also be good for climate mitigation efforts. U.S. companies would be rewarded for a cleaner supply chain and procurement. They would also be encouraged to invest in innovation and other practices that would drive their emissions even lower, resulting in greater improvements in U.S. carbon intensity. Smart U.S. importers need not worry — the most sophisticated have for years realized the extent of their carbon footprint across the supply chain and have been working to ensure they partner with the most efficient domestic and overseas factories.

Perhaps surprisingly, it would also make U.S. fossil fuels more competitive. U.S. natural gas, for example, would be more competitive than Russian gas in Europe if methane leakage and venting were scored in Europe’s trade policy. A Carnegie Mellon report from 2015 found that life cycle emissions from exported U.S. LNG are 13 percent lower than those from Russian natural gas exports.

The president frequently argues that climate policy harms the U.S. economy. His concern is valid if the United States saddles itself with burdensome regulation while our competitors increase their GHG emissions. However, the United States now has a powerful tool at its disposal that could create a new paradigm. If used properly, a U.S. trade and climate policy could help shield U.S. manufacturing and promote U.S. exports. Ironically, it could also further the president’s vision of energy dominance and expand U.S. fossil fuel exports, much to the chagrin of environmentalists.

George David Banks is President Trump’s former adviser on international energy and environment. He is also executive vice president of the American Council for Capital Formation.