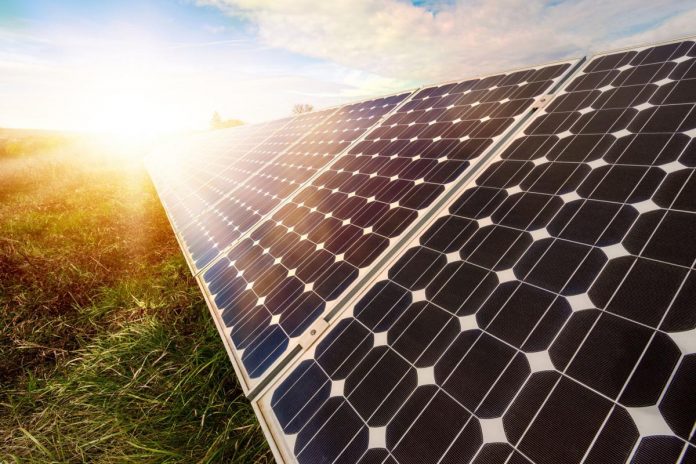 A swelling wave of partisan political bickering and personal attacks has left Congress paralyzed and struggling to find policies to move the country forward on a host of issues, from energy and the environment to the economy and national security.

Watch any major news channel, and you would believe that the only way to solve our national challenges is to completely accept the ideology of one side of the political divide. And that the only way to win is if the other side loses. Nothing could be further from the truth.

Just look at the way partisans approach energy and environmental policies related to climate change. Turn on the TV, and within minutes you’re fed a diet of partisan talking points about how Republicans don’t care about the environment and are doing little to advance policies to make the energy that powers our economy more abundant, affordable, secure and, yes, cleaner.

Take the advice you give your kids – turn off the TV and go outside and see for yourself what’s happening. While it may not make the national news, it turns out that many rural communities are in the vanguard of the transition toward cleaner sources of energy.

The numbers tell the story – Texas, Oklahoma, Iowa and Kansas have some of the highest installed wind capacity in the nation, while North Carolina has more than double the solar capacity of New York.

America’s rural electric co-ops, which provide nearly one-third of the country’s electricity, are playing a big part in the transition to renewable energy because it makes economic sense. In Georgia, rural electric co-ops are installing 1 Gigawatt of renewable generation capacity by 2021 – that’s enough to power 180,000 homes.

In many rural areas, clean energy isn’t a political statement. It’s a product of private sector players and local communities working together to achieve a win-win for everyone.

In rural communities struggling with limited job growth and a roughly 40 percent net decline in farm incomes since 2011, wind and solar royalties have dramatically boosted economic development. In 2017 alone, farmers and ranchers received $267 million in wind farm lease payments, while other communities have seen their tax base increase from clean energy infrastructure projects.

The growth of low-carbon, affordable power across rural America is helping states attract investment from companies looking to improve their environmental performance. Just this past December, Apple pledged to spend $10 billion on new infrastructure across the United States, much of which will go to massive data centers run on electricity generated by renewable energy in rural North Carolina, Arizona, Nevada and Iowa. Walmart, which is often an important player in local economies throughout the country, is also investing in a comprehensive sustainability plan to procure more clean energy technologies, reduce waste, and improve land usage.

Between the uptick in corporate financing for clean energy technologies and major utilities like Xcel Energy moving to cut 100% of their carbon pollution by 2050, we’re witnessing an unprecedented level of private capital investment in renewable energy. These investments are also creating employment opportunities in areas with some of the highest rates of unemployment.

Don’t get me wrong. Progressives on the coasts have done their share of investing in America’s clean energy economy, but there’s a big part of rural America that is tired of being talked down to by their Big City cousins. If you don’t believe me, ask any Iowa farmer who has visited New York City or Los Angeles about who is better at taking care of their environment.

What does this rural energy revolution mean for Washington? The good news is that there are plenty of people who are passionately working to make our energy more affordable, more reliable, more secure and cleaner. Together we can generate a brighter future for our children and our grandchildren. Leaving them a better world is, after all, what motivates us all.

Drew Bond is a Senior Fellow and Director of Energy Innovation Programs at The American Council for Capital Formation and the CEO of Powerfield Energy.