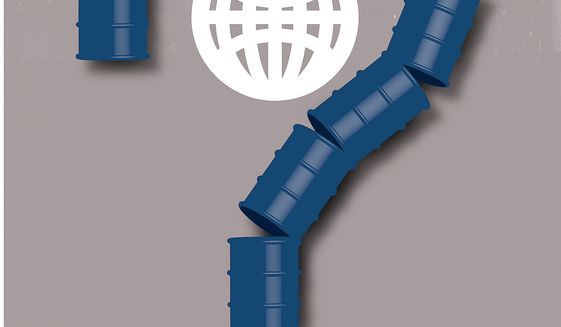 Building stable energy trade relations means counting on major partners making rational decisions. Unfortunately, the United States finds itself sandwiched between the Canadian and Mexican governments, which have lately pursued oil market policies that make little sense for all involved. The results will cultivate uncertainty and could potentially lead to costly disruption of America’s energy relations.

In Canada, a recent move by Alberta Premier Rachel Notley to force OPEC-style production cuts in the province’s oil production is causing concern among many. Ms. Notley hopes that by mandating a 325,000-barrel-a-day reduction in Alberta’s oil production, she can raise Western Canada Select oil prices and add an estimated $840 million to government coffers in 2019. Similar to OPEC’s strategy, the Notley plan assumes that squeezing oil supplies from Alberta will raise prices.

Ms. Notley’s announcement is expected to affect about 25 producers, many of which are now left to wonder whether her command-and-control model for Alberta oil is a harbinger of things to come. “Investors will definitely worry that this is a slippery slope, and that the government can curtail production or interfere in business to pick winners and losers,” explains Randy Ollenberger of the Bank of Montreal.

Keep in mind that Canada is still the largest exporting country of foreign crude oil into the United States. With Canada pumping about 4.1 million barrels a day into the U.S. market, any plan that abandons a market-based approach to oil production should be met with skepticism.

Ironically, Canada could have avoided low oil prices by solving its transportation constraints and storage gluts. The solution was new pipelines like the Trans Mountain expansion, the Keystone XL pipeline and the Northern Gateway project — all stalled or shelved by Canada’s liberal federal government, Canadian courts, or the previous U.S. administration. In reality, the approach by Ms. Notley and others to pursue any solution but new pipelines had the only effect it could have: drastically lower oil prices.

First, PEMEX would invest more in oil exploration, focusing on onshore and shallow water areas in the southeast basins and traditional fields in the north. Officials expect oil production to rise more than 50 percent to 2.6 million barrels by 2024.

Second, Mr. Lopez Obrador is building a new refinery in his home state of Tabasco, as well as revitalizing Mexico’s six existing refineries. At a cost of nearly $8 billion, Mexican officials hope the new flagship refinery can be built within three years.

Mexico’s plan, though, is fraught with problems. The refinery isn’t likely to be completed in three years. Simultaneously increasing exploration while building a refinery will be taxing for PEMEX, already heavily collateralized with $106 billion of debt. Pipeline taps have escalated in recent years, siphoning off billions in potential profits from PEMEX. Mr. Lpez Obrador’s response, utilizing tanker trucks in place of pipelines, has been ineffective in meeting consumer demand. The result: at least six Mexican states reporting shortages since the beginning of the year. Meanwhile, oil prices are scheduled to rise after production cutbacks by Russia and OPEC, meaning customers aren’t likely to see lower gas prices.

Together, proposals by Canada and Mexico signify a dangerous “leftward drift” with America’s major trading partners when it comes to commercial energy relations. They eschew mutually beneficial approaches for feel-good, but costly, nationalist policies.

The effect? Alberta taking millions of barrels of oil per year out of the market will hurt integrated producers, those with domestic refinery and upgrading capacity like Suncor Energy, Husky Energy, and Imperial Oil and could signal the advent of OPEC-style production limits in Canada. In Mexico, Mr. Lpez Obrador’s plan could effectively halt Mexico’s oil trade, crippling PEMEX and robbing Mexican customers of access to low-cost American fuel.

The better approach? We should put into place a strong United States-Mexico-Canada Agreement (USMCA), resist departures from free market principles and avoid these types of market interventions. USMCA must be in place to accelerate the integration of the North American energy market, which will in turn increase America’s energy security. In addition, we should focus on longer term solutions, such as pipeline and rail infrastructure investments to facilitate North American oil trade. The United States needs Canada and Mexico as reliable energy trading partners. But America’s partners must first re-establish business-friendly energy policies to ensure North America’s energy trade continues to flourish.