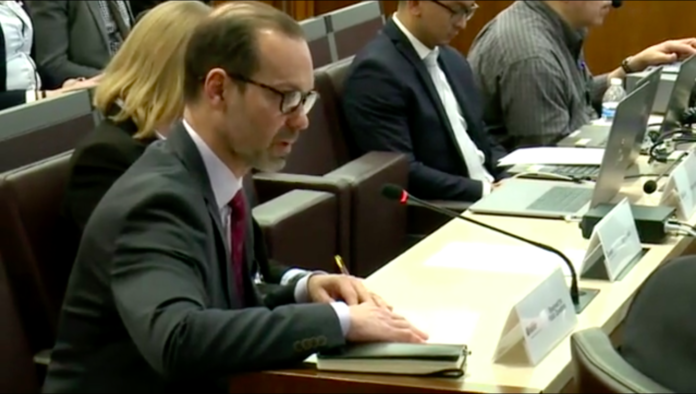 ACCF Senior Fellow and Director of Energy Innovation Programs Drew Bond gave public comments today at a meeting of the DOE Secretary of Energy Advisory Board.

Thank you Mr. Secretary and Members of the Board.

My name is Drew Bond and I am the Sr. Fellow & Dir. of Energy Innovation Programs at the American Council for Capital Formation. I am also the CEO of Powerfield Energy, a distributed solar generation company with a proprietary product made in the USA.

I have had the privilege of working in the energy innovation and public policy space for the last 25 years, including at here at DOE, at Battelle, and 3 cleantech startups. I’m also honored to have been on the Advisory Committee for a recent report co-authored by Dan Yergin and former Sec. Moniz entitled “Advancing the Landscape of Clean Energy Innovation”.

As you well know, the DOE was launched in 1977 when America was vulnerable to the rest of the world — we were in a position of energy weakness. Now, thanks to energy innovation and the risk-taking free-market, we find ourselves in a position of great energy strength.

And yet, we are once again vulnerable. This time, however, we are vulnerable not because of a lack of resources but rather a lack of innovations at scale to match the scale of climate change. To be clear, I am not a climate alarmist. Candidly, not too long ago I was a climate skeptic. But the reality is that the climate is changing more dramatically than in recently recorded history, and man is clearly having an impact. So I believe we have a responsibility to act but to act responsibly.

Having said that, the DOE’s website states that “Addressing the effects of climate change is a top priority of the Energy Department.” So, along those lines, I have 2 questions:

First, with all of the talk about the New Green Deal and alternative “Real Green Deals”, I’m wondering what the Secretary and Board’s thoughts are about the DOE developing a responsive and responsible strategic plan for addressing climate change — call it a National Clean Energy Innovation Strategy — one that would address climate change as a top priority?

Second, I think it’s fair to say that the DOE’s core mission could be described simply as “energy innovation”. And while science is foundational to innovation, innovation without commercialization is simply science. For innovation to be have the greatest impact, it must have a commercial impact. I am a big fan of our national labs, as I know all of you are. They do first class research. And they work well with the private sector as best they can. But when I look at their priorities and how they are evaluated on their annual Performance Evaluation and Measurement Plans (PEMPs), commercialization or tech transfer is not a top priority.