Home Tax Policy Tax reform is working now, and the best is yet to come 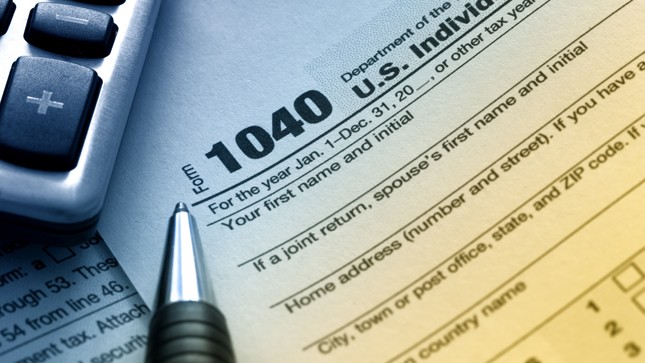 Tax reform is working now, and the best is yet to come, says the global chairman and CEO of EY

Tax reform is back in the headlines. Barely a year since the Tax Cuts and Jobs Act’s (TCJA) passage, some are already renewing their calls for higher tax rates on individuals, businesses, and families. Backing away from the landmark reform law now, however, would be a serious mistake. By lowering tax rates on businesses and families, TCJA fundamentally reshaped the tax landscape for the better, putting more money in people’s pockets and creating new opportunities for companies to invest in the economy. The results so far have been positive — and there’s still more to come.

As CEO of EY and as former assistant secretary of the treasury for tax policy, I’ve spent much of my professional life at the intersection of tax and business. For years, leaders from across the political spectrum have agreed that we needed to fix America’s outdated and uncompetitive tax system. My support for the TCJA was rooted in the belief that, by reducing the tax burden on families and removing impediments for global businesses to invest in their US employees and operations, the law would provide a basis for higher wages and long-term economic growth. In just a year, the expected benefits are already being realized.

The impact on workers and families has been immediate and substantial. Employees have seen wages and benefits increase at companies nationwide. In 2018, wages increased by 3.2%, the highest rate since 2009, and the US economy created over 2.6 million jobs, the most since 2015. Today, there are more job openings than available workers for the first time since we began keeping records. In the wake of the bill’s passage, many large employers, including Walmart and Aflac, also expanded their retirement and family leave benefits. Disney announced a $50 million investment in employee education. FedEx invested $200 million in pay increases and $1.5 billion in pension funding. And these are just a few examples of what has been happening all over the country, making a real difference for many American workers and their families.

Businesses have also invested heavily in the US with the savings resulting from TCJA. During the first three quarters of 2018, capital expenditures among S&P 500 companies jumped nearly 20% from the previous year. In total, companies invested nearly $3 trillion in the US in 2018, including $460 billion in research and development. When business invests at these levels, it creates a strong foundation for long-term economic growth.

By moving the US toward a territorial system for foreign earnings, the TCJA also eliminated incentives for corporations to move abroad and made it more attractive for global companies to invest in the US The first quarter of 2018 marked the first time in 13 years that American companies brought more money home from abroad than they invested overseas. Meanwhile, as a result of the law’s incentives, scores of companies are currently modeling supply chains to see how they can directly invest in their US market locations.

It is true that TCJA provided a strong incentive for companies to reward their shareholders, fueling criticism of the more than $1 trillion in stock buybacks announced in 2018. The issue is more complicated and less controversial than many of the headlines would suggest. It should not be a surprise that stock buybacks would occur before businesses have laid out plans for significant supply chain changes or determined where to make permanent capital investments Such changes require time and complex analysis even under the best circumstances, and the current trade and tariff uncertainty has slowed decision making.

Since the law went into effect, businesses have confronted major trade disputes, widespread geopolitical uncertainty, and three US government shutdowns. These external conditions could easily have produced sharp declines in business investment and economic growth. Instead, GDP has grown at a rate of nearly 3%, surpassing most of the developed world. In the absence of tax reform, it is unlikely that we would have seen economic expansion at this scale, if at all.

Tax reform was certainly not perfect. In a complex global environment, no legislation can ever anticipate all of its unintended consequences. Compromises were made to limit long term costs and secure the necessary political support. And, of course, regulations still have to be written and technical corrections to the law made.

But the central promise of the TCJA was always that it would strengthen the economy in the long run by removing tax barriers to US investment. The performance of the US economy in the face of a challenging global economic and geopolitical climate is evidence of that promise being fulfilled. And while the early results of tax reform are promising, we won’t see the full benefits for several more years. The positive results to date are just the beginning. If we follow through, Americans will see the economic benefits of the TCJA for many years to come.

Mark Weinberger is the global chairman and CEO of EY, one of the largest professional services organizations in the world with approximately 260,000 people in more than 150 countries. He previously served as the assistant secretary of the US Department of the Treasury (Tax Policy) in the George W. Bush Administration.