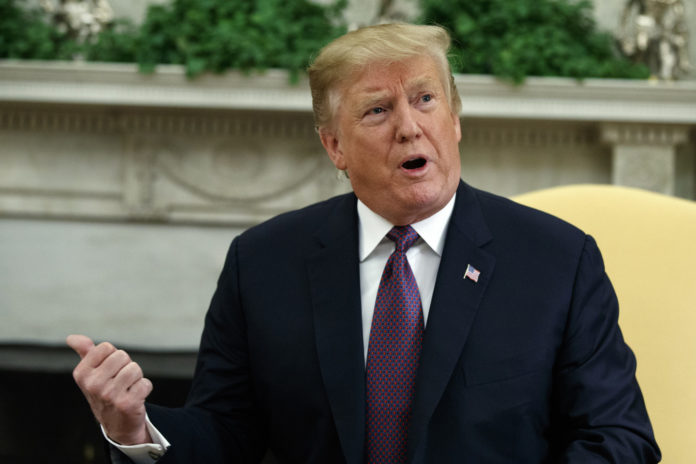 President Trump recently signed executive orders that marked an important step forward in letting market forces transform energy production while also reducing carbon emissions. To fully succeed in this effort, the President should reject policies that are inconsistent with the goals of the executive orders.

The President journeyed to Texas to announce the signing of the two orders which are intended to cut through the thicket of regulatory and political devices used to obstruct the nation’s energy infrastructure projects. The executive orders highlight the need for oil and gas pipeline projects both within the United States as well as cross border projects, such as TransCanada’s Keystone XL project.It was a bold move to check the misuse of environmental laws by activists and their patrons in state elective office and regulatory agencies. Gov. Andrew Cuomo, for example, is proud of his actions to halt natural gas production and transport in New York, asserting his determination to protect the environment and climate. Cuomo and likeminded politicians, however, are naïve and appear ignorant to the fact that their aversion to pipelines actually harms the climate more when the region must continue to rely on more carbon-intensive fuel sources, or have to import natural gas from countries like Russia that have far more intensive greenhouse gas (GHG) production processes than their U.S. competitors.

Where certain politicians want to disregard market forces, President Trump wants to take advantage of them. New technologies over the last 15 years have made domestic natural gas widely available and cheap, further enhancing the competitive advantage of U.S. manufacturing and achieving environmental goals, including a sharp reduction in U.S. GHG emissions.

Overall, U.S. GHG emissions are now at the lowest level since 1992, according to the EPA. In the power sector alone, emissions dropped by 28 percent between 2005 and 2017, according to the U.S. Energy Information Administration. With methane, which is a far more potent greenhouse gas than carbon dioxide, there was a 15 percent drop in emissions from natural gas systems during a period when the industry experienced exponential production growth. These innovations to reduce the rate of emissions, coupled with affordability and fuel switching away from coal-fired electricity generation, has made the United States a leader in global climate mitigation.

Since the president is clearly committed to unclogging the path to safe production and distribution of natural gas, it seems contradictory for the administration to pursue policies, at the same time, that would undermine this objective. A recent White House report indicates a proposal to prop up uneconomical coal-fired power generation is still on the table, despite broad criticism it drew when related plans were leaked last year.

Furthermore, the president correctly recognizes that national security depends in part on a secure and resilient power grid. However, the assertion that natural gas pipelines are vulnerable to cyber terrorism and therefore are less reliable than coal fails to hold up as a rationale for government intervention. Officials with the Transportation Security Administration (TSA) and the Federal Energy Regulatory Commission (FERC) have consistently praised pipeline operators and utilities for staying on top of the latest ways to avert a cyberattack.

In fact, at a recent event on the FERC 2019 Agenda hosted by the American Council for Capital Formation, Chairman Neil Chatterjee reiterated his position that we must remain vigilant as we see increasing interdependence between gas pipelines and the power sector, but rejected calls for mandatory cybersecurity standards for pipelines, noting he “has been impressed by the response [he’s] seen from both industry and TSA” and the good faith efforts and investments as it relates to cyber protections. For years, the nation’s largest natural gas pipeline operators, along with some 50 oil and gas companies, have shared cyber threat intelligence with each other and the federal government through the Oil and Natural Gas Information Sharing and Analysis Center.

President Trump recently called out anti-pipeline activists and “climate-friendly” politicians for their folly in rejecting a plentiful, low-cost fuel that is crucial to furthering economic growth and reducing carbon emissions. Going forward, he should avoid duplicating their self-defeating contradictions. Federal government intervention in the market will not make the national power grid more secure, and it certainly will not reduce carbon emissions. Market forces, however, can achieve both goals; it makes no sense for the government to unnecessarily get in the way.

Timothy M. Doyle is general counsel and vice president of policy for the American Council for Capital Formation.