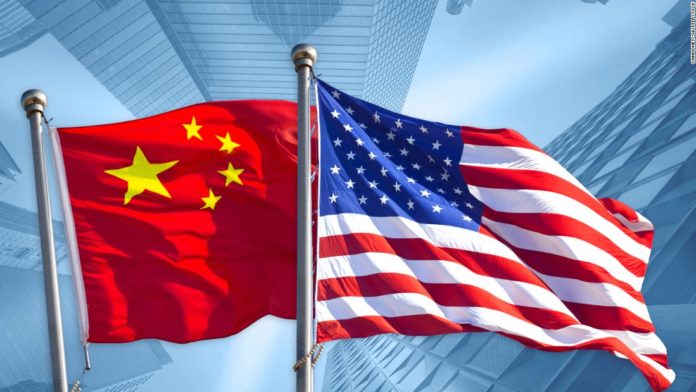 Since last year when the U.S. imposed three rounds of tariffs on more than $250 billion worth of Chinese goods, President Donald Trump and his administration have been engaged in a trade dispute with China in order to correct the trade deficit, address China’s hidden subsidies, and its abuse of intellectual property rights.

Certainly, China has acted with malice on many trade issues, and it is important for President Trump to stand up and defend America’s commercial interests against foreign predatory practices. However, escalating new tariffs will exacerbate the existing damage done to American businesses and ultimately, the American consumer. They will also have long-term consequences on our economy and American companies’ supply chains as well as rules based international order.

By evaluating the detrimental impact currently imposed tariffs have had on American interests across all sectors, it is clear that any escalation in a reciprocal trade war will further tax hard-working farmers, manufacturers, and business owners, as well as American workers. In addition, it could potentially mitigate the widespread financial success of President Trump’s 2017 tax reform bill and take money out of consumers’ wallets.

The financial stress that Chinese tariffs have put on American consumers, many of whom already struggle to put food on the table, is evident and widely recognized. Some of America’s biggest retail stores and consumer brands have been forced to consider raising prices on merchandise as a result of lowered profits. For example, Walmart, Target, Home Depot, Costco, Macy’s and other retailers have altered their financial outlooks and disrupted their entire China-dependent supply chain.

These higher prices on vital household products are not just hypothetical. Imported washing machines have seen their prices rise 12 percent, or $82 to $92 per unit, for U.S. consumers after the product was one of the first items to be subjected to higher U.S. tariffs last year. Houses themselveshave also become more expensive, as the home-building industry has already been hit with $1 billion in costs due to tariffs on granite, cement, ceramic tiles, and stainless steel.

While large corporations might have the ability to rework their supply chain through other countries, American small businesses reliant on Chinese manufacturing are mostly unable to rapidly shift production to other nations. And if big companies are able to prevent price hikes by adjusting their supplier networks, that leaves small businesses with little ability to raise prices if they want to compete. Additionally, any transition in suppliers to an alternate country won’t be easy. New suppliers could be more expensive and less experienced than Chinese manufacturers, leading to a lower quality of goods.

Farmers and America’s agricultural industry are bearing some of the worst consequences of the trade war. China, who used to be the biggest buyer of American soybeans in the world, has stopped buying from us altogether in retaliation for U.S. tariffs. Personal income for farmers has dropped more than it has in three years due to export losses, which the Commerce Department cited as a key factor slowing down the nation’s overall personal income growth. When U.S. farmers suffer, our entire economy suffers.

A similar dynamic exists for the energy sector. Closing off the Chinese market for American energy producers will hurt the industry that is already struggling with slim profit margins. China accounted for 19 percent of total U.S. oil exports in 2017. In just one year, oil exports have plummeted as Chinese importers have shifted to other producers. Similarly the number of liquefied natural gas cargoes shipping to China dropped from 25 from the second half of 2017 to 6 in the same period of 2018. Many are worrying that continued reciprocal energy tariffs could have an impact on the future of long term energy projects and could hurt global economic growth, bringing the U.S. economy down with it.

In addition to Chinese retaliatory tariffs on U.S. products, China’s ongoing policy of lowering their tariffs to the major U.S. commercial rivals, such as Canada, Japan and Germany, represents another problem for U.S. exporters. As outlined by Peterson Institute for International Economics scholars, reduced “tariffs on imports from other countries means US exporters also face an increasing disadvantage relative to competitors in Canada, Japan, Europe, and elsewhere.”

Recent economic studies have quantified the overall impact of trade wars on U.S. prices and welfare. According to one National Bureau of Economic Research (NBER) study, the tariffs are paid by domestic consumers and this translates into a reduction of $1.4 billion per month of U.S. real income by the end of 2018.

Now more than ever is the time to recommit ourselves to the free market system that is central to our economy’s prosperity. By halting this needless trade war, we can continue the steady economic growth that the U.S. has seen over the past few years while simultaneously holding China accountable for their malicious actions. An imposition of tariffs will not solve this issue and will only increase our financial uncertainty if not directly harm the average American. This is a road that no one involved on both sides of the dispute will want to follow.

Your View: How new trade agreement would help Pennsylvania’s economy