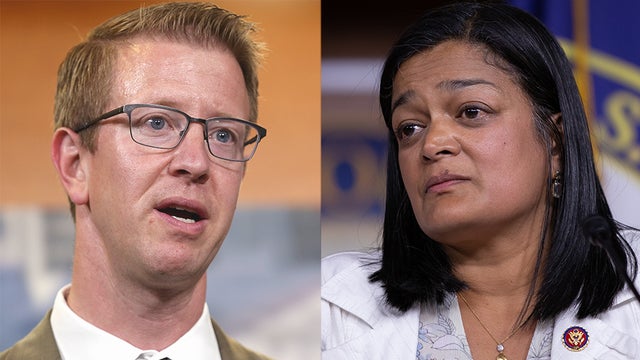 An increasingly crowded field of presidential candidates are generating headlines as they battle to outflank each other toward a new left to capture the hearts and minds of Democratic voters. Ideologies that were on the fringe in 2016 are now in the mainstream in 2020 and are symbolized by Bernie Sanders, Elizabeth Warren, Beto O’Rourke and Pete Buttigieg.

While many believe that the Democratic Party has made an extreme leftward shift pushed by vocal newcomers like Reps. Alexandria Ocasio-Cortez (D-N.Y.) and Ilhan Omar (D-Minn.), but in reality, the soul of the party is much broader and more complex than headlines suggest. Opposite of the more extreme left is a moderate counterbalance of centrist Democrats that are reminiscent of JFK and Bill Clinton.

The differences between these two competing factions is stark and can be best illustrated in two neighboring congressional districts in Washington State. The 6th District is mostly rural, encompassing the Olympic peninsula and is the rainiest part of the continental U.S. The economy is based on the old timber industry, fishing and manufacturing. Weyerhaeuser Company began more than 100 years ago in Tacoma, Wash., and is today one of the largest sustainable forest products companies in the world.

While the 6th District leans Democratic, 39 percent of its voters cast their ballot for Donald Trump in 2016. They also elected Democrat Derek Kilmer as their representative in the U.S. House of Representatives. Educated at Princeton and Oxford, Derek worked as a business consultant for McKinsey & Company and then the Economic Development Board for Tacoma-Pierce County. He then served in the Washington state legislature, where he helped lead a bipartisan effort to balance the budget and reduce state debt.

Now serving in the U.S. House of Representatives, Kilmer chairs the New Democrat Coalition. The New Democrats are moderate capitalists with more than 100 members that adhere to a balanced budget and a pro-growth economic policy agenda. As the largest ideological caucus of House Democrats, with 101 members they are formidable—34 of its newest members won seats in districts in 2018 carried by Donald Trump in 2016. In addition to the New Democrats is the long-standing Blue Dog Democrat Coalition, 27 members that are focused on fiscal responsibility and finding pragmatic, bipartisan compromise. Together, the New Democrats and Blue Dogs have the numbers in their favor, compared to their more vocal progressive counterparts.

Adjacent to the 6th District, is the 7th District, which encompasses most of Seattle and Burien. Home to Boeing and tech giants Microsoft and Amazon, it is a solid Democrat stronghold. National Journal’s Almanac of American Politics ranks it as a +33 Democrat district (compared to only +6 Democrats in the 6th District). Hillary Clinton swept it with 82 percent of the vote, compared to just 12 percent for Donald Trump. The 7th District constituency is made up of highly educated and affluent professionals, but it also has a diverse ethnic mix, which has given a rise to have advocacy of immigrant-rights issues and a rejection of President Trump’s immigration policies.

In the same election that swept in Donald Trump, 7th District voters elected Rep. Pramila Jayapal, a progressive outsider with an impressive story. She immigrated to the U.S. from Chennai, India as a teenager. She went to Georgetown University and then earned her MBA at Northwestern. She has worked in the private sector in sales and as a financial analyst but discovered her passion for public service working as an advocate for women’s, immigrant, civil, and human rights. As a member of Congress, Jayapal has been effective in advancing the progressive agenda. Unlike AOC and others that prefer the spotlight to advocate their views, Jayapal has proven to be an effective insider and a skilled negotiator. Because of these skills, she was named co-chair of the Progressive Caucus, which consists of one U.S. senator and 96 House Democrats. They are committed to “The Progressive Promise,” rooted in economic justice and security for all, civil rights, global peace and security, and advancing environmental protection and energy independence.

While Kilmer and Jayapal reside just a few miles apart geographically, they and the coalitions they represent have many fundamental differences ideologically. The tensions between the two will be difficult for Democratic leaders to navigate. They cannot overlook the fact a large number of the Democrats that won Trump districts in 2018 now serve in the more moderate, pro-growth New Democrat Coalition. At the same time, they cannot overlook the growing attraction to the ideals of the Progressive Caucus that include expanded social services, free higher education and accelerated elimination of fossil fuels.

Georgetown Professor and Washington Post columnist E.J. Dionne wisely captured the challenge. “Democrats need to figure out how to make genuine progress on the issues that rightly engage their party’s left — for starters, health care, climate change and rising economic inequality — in ways that allow their new constituency of virtual liberal Republicans to join the effort. The party’s presidential candidates should focus more of their energy on explaining how they’ll pull this off.”

Washington’s 6th and 7th districts are a snapshot of a divided party. With now more than 20 contenders in the presidential primary, the one that can find a way to appeal to both may have the key to victory in 2020.