Home Energy & Climate Voters want to tackle climate change — but not at expense of... 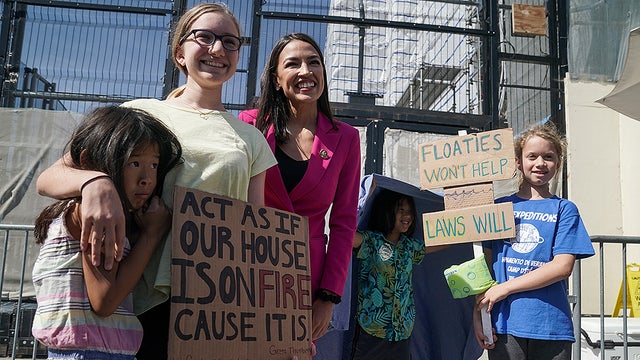 As the nation prepares for the 2020 election, two major issues have emerged, especially for the Democratic field: income inequality and climate change.

Not surprisingly, these were the major themes in the Green New Deal (GND), a congressional resolution introduced in February by Rep. Alexandria Ocasio-Cortez (D-N.Y.) and Sen. Edward J. Markey (D-Mass.). The GND has again taken center stage with two recent presidential candidate climate change forums and all the activities surrounding climate week including mass protests across the country, activist Greta Thunberg’s prominence and the United Nations Climate Summit.

But is climate change at the top of voters’ minds? And how do they feel about some of the proposed actions and policies put forth by experts and politicians?

A new poll conducted by Morning Consult, on behalf of the American Council for Capital Formation, shows that the vast majority of adults (81 percent) worry about the quality of the environment, and over half say climate change is happening and that it is caused by human activity. But when asked “What is the top issue on your mind when you cast your vote for federal offices?” the most common responses are the economy and jobs (19 percent) followed by health care (16 percent). Only 7 percent mentioned climate change as their top concern.

These answers aren’t surprising, given that people perceive the impact of climate change as occurring somewhere in the future, while these other “kitchen table issues” may impact them now.

Another finding has to do with whom people trust “to do the right things to address climate change.” Sixty-four percent distrust Congress and the federal government, and 61 percent distrust President Trump, while 68 percent distrust corporations. But despite the trust issues, there is one emerging message from the poll. People are tired of partisan bickering: 81 percent of adults think there should be a bipartisan national solution to climate change.

We also asked about people’s perceptions of the GND, and surprisingly 51 percent either did not know or had no opinion when asked “Based on what you have seen, read, or heard, do you support or oppose the GND?”

Another emerging theme from the survey is that people do not want to spend their own money to combat climate change. Thirty-seven percent do not want to pay any additional taxes, and only 14 percent are willing to pay even $1 more a month.

In short: People are concerned about climate change but have other more pressing issues on their mind as the election heats up. When climate change is the focus, they do not want to pay more, nor do they trust politicians to tackle the issue.

So how do we address the problem? Are Republicans right to emphasize technological progress? After all, in the last decade, the U.S. has brought down its greenhouse gas emissions thanks to the energy revolution empowered by fracking and abundant natural gas. In fact, 70 percent of the individuals we surveyed support the continued use of natural gas in electricity generation despite the continuous criticism from the environmental community.

We cannot rely only on technological progress to address climate change. We must find a menu of realistic solutions that strike a balance between protecting the environment and the economy. That must include bipartisan policies from Congress, consumer education and business leadership. Climate change is an issue that should unite us, not divide us.