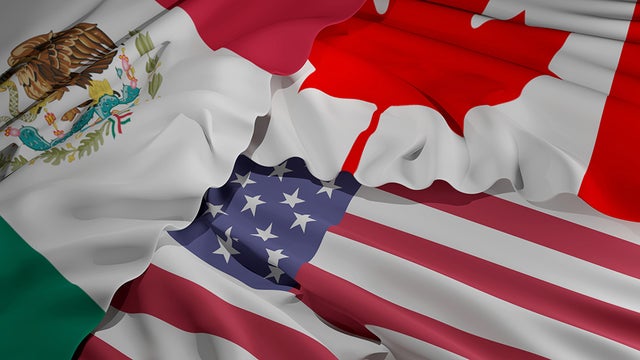 The evolution of the internet, digital trade, and the growing prominence of e-commerce over the last couple of decades has become a much more important policy agenda issue for U.S. legislators at the local, state, and federal levels, as well as for government officials across the globe. According to a recent Congressional Research Service report, the impact of the internet was estimated to be $4.2 trillion in 2016, making it the equivalent of the then fifth-largest national economy. Today, any further analysis is sure to show that number has grown even larger and the rate of growth will only continue to accelerate as technological advancements help users increase the efficiency, productivity, and scope of their work.

Although not necessarily the first thought on their minds as Congress wrestles with their evaluation of the many important provisions of The United States-Mexico-Canada Agreement (USMCA), the increase in the prominence of digital trade and e-commerce raises new challenges for U.S. trade policy and a significant impetus for ratification that will enhance performance of large and small businesses engaged in trade.

Now that the definition of international trade has expanded to the digital realm, new challenges are now apparent as the U.S. seeks to maintain its established global digital leadership role. Among others, they include how to best to protect data and, most importantly, build well-aligned and secure global digital systems protocols. Addressing these challenges will help to avoid emerging digital trade barriers such as data localization requirements, cross border data flow restrictions, and infringement on intellectual property rights, and would be a significant step toward building a more collaborative and secure global information system that will amplify opportunities for global economic growth, investment and cybersecurity.

The USMCA is now positioned to set a prominent standard as the most comprehensive and contemporary agreement that will become the template for all future global digital trade protocols. As countries throughout the world consider and implement their own e-commerce protocols, the USMCA will affirm the U.S. position as a thought process leader as digital trade chapters are negotiated in future trade agreements.

Therefore, as our congressional representatives consider their positions and next steps on what is hoped is the road to a USMCA ratification, they need to remember the following:

NAFTA, which USMCA seeks to supplant, was negotiated over a quarter century ago, well before the concepts of digital trade and the internet were even a consideration. Congressional leadership must recognize that and ratify USMCA and share the well-earned credit with USTR and many others who have negotiated the new terms. In doing so they will establish what will be the defining step forward that creates a critical global framework for aligned and secure digital trade and e-commerce provisions in future trade agreements and a driver for the security, growth, and success it will bring to the respective trade agreement partners.

Michael Roman is the founder and president of CertainPoint Strategies and a senior nonresident fellow at the American Council for Capital Formation.