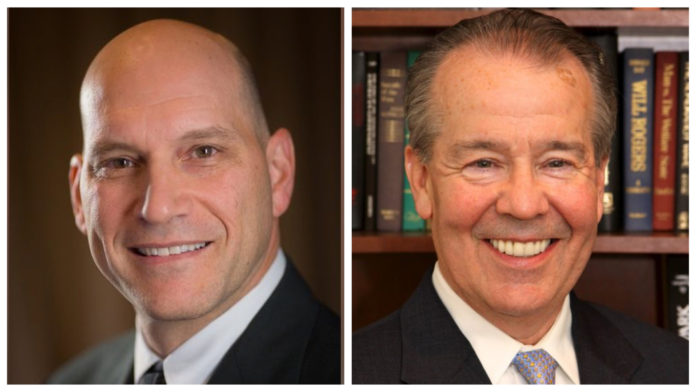 The American Council for Capital Formation proudly announces the latest additions to its leadership team of policy experts.

Kyle Isakower joins the American Council for Capital Formation as Senior Vice President of Energy Policy. Mr. Isakower possesses over 35 years of energy and environmental policy experience including work in trade association, consulting and government positions. In his 20+ years with the American Petroleum Institute (API), he served as an advocate on behalf of the oil and natural gas industry and managed API’s climate policy development, environmental regulatory policy and review of U.S. tax policies. Furthermore, he oversaw economic and scientific research and the creation of statistical products covering the industry and energy markets.

“The ACCF has a solid track record for providing critical research and analysis on the leading energy and environmental issues,” Isakower said. “I look forward to helping advance policy development that marries the need for strong economic growth with environmental protection.”

V. Bruce Thompson joins the American Council for Capital Formation as Resident Senior Fellow for Energy Policy. Mr. Thompson is the former President of the American Exploration & Production Council (AXPC), whose membership is composed of more than 30 of America’s premier independent natural gas and oil exploration and production companies. He joined AXPC after serving as founder and CEO of CapeDC Advisors, LLC, an advocacy and business advisory firm with clients operating primarily in the energy, water management, environmental and defense sectors. Prior to founding CapeDC Advisors, Mr. Thompson served as Senior Vice President and General Counsel of two NYSE-listed independent exploration and production companies. Mr. Thompson was Senior Counsel for the firm of Brownstein Hyatt Farber Schreck in the firm’s Washington, DC office. He has also served as Chief of Staff for Senator Jim Inhofe (R-OK) when the Senator was in the House of Representatives. He has also served as a member of the US Senate Budget Committee staff.

“The ACCF is well-known for its bipartisanship, best shown by its unique ability to draw the attention of policymakers from both sides of the aisle for its policy discussions,” Thompson said. “This type of credibility is rare in Washington today and I look forward to being part of it as a member of the ACCF team.”

“We are honored and fortunate to welcome Kyle and Bruce to ACCF’s energy policy team,” ACCF President and CEO Mark Bloomfield said. “Both are well-known, respected figures in Washington energy policy circles and will bring their own unique perspectives on energy and environmental issues that are certain to be at center stage in the upcoming presidential election.”