Home ACCF Scholars The Case for a Big Coronavirus Stimulus 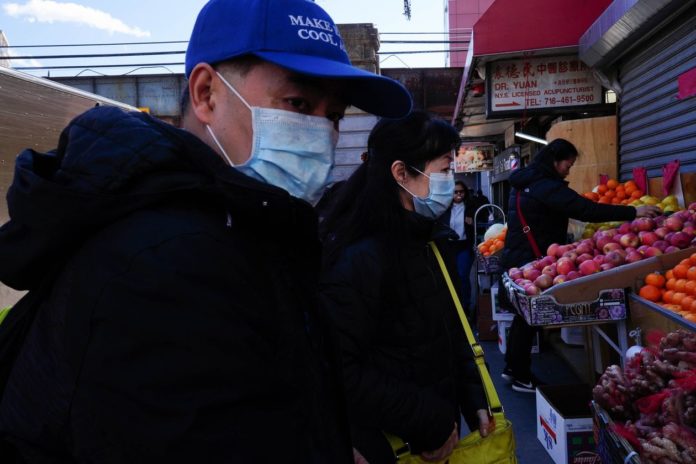 Given the mounting economic risks posed by the spread of the novel coronavirus, Congress should act swiftly but thoughtfully to pass fiscal stimulus. This would be in addition to continuing to provide ample funding for medical research, testing, prevention and treatment. The stimulus’s total cost would be about $350 billion, but could be larger or smaller depending on how the economic situation unfolds. Congress should design it to be accelerated, big, comprehensive and dynamic.

• Accelerated. In normal times it takes a year or more for monetary policy to have its maximum economic impact. The Federal Reserve made a bold and correct move with its 50-basis-point rate cut, but no one knows how well or quickly it will work.

Most likely, the lower interest rates and depreciated dollar will provide only modest relief after a substantial lag. Fiscal policy can act much more quickly by getting money into people’s hands within weeks or months.

• Big. The economy faces an unusual degree of uncertainty around several factors: the fatality and transmission rates of the virus, the timing of a vaccine, the direct and indirect economic effects of the epidemic, and the difficulty of making economic policy in a low-interest-rate environment experiencing an unusual shock to both supply and demand.

Amid uncertainty, policy makers must weigh the risks of overreacting against the risks of underreacting. The likelihood that history judges the economic response to coronavirus as too little and too late is much higher than the converse. If the economic shock is small and stimulus proves to be unnecessary, its negative effects are likely to be small. But if the shock is bigger and policy makers fail to act now, it will be harder to reverse the economic damage. With the federal government able to borrow at a negative real interest rate, doing too much is a minimal risk.

• Comprehensive. It is critical that any stimulus strengthen the social safety net, which will be strained if people lose jobs, get furloughed, or have to stay home without pay. In addition, states and localities will need relief to deal with any strains on their budgets from a combination of emergency spending and falling tax revenues. Without relief, states could be forced to slash spending, which would cut against the effects of federal stimulus and potentially compromise states’ public-health response.

• Dynamic. The response should be contingent on economic conditions, targeting the hardest-hit areas of the economy and growing automatically if the economy weakens more than expected.

President Trump has floated the idea of a payroll-tax cut, but this has significant drawbacks. It would be too slow and dispersed to substantially stimulate the economy, as households would receive only a modest benefit every pay period. The distributional effects are worrisome as well: A one-year payroll tax cut of 2% of income would provide up to a $5,508 tax cut to a high-income couple, only $500 to a single parent getting by on $25,000 a year, and nothing for a worker placed on leave without pay. This isn’t the fairest or most efficient way to increase aggregate demand.

Instead, Congress should pass a simple one-time payment of $1,000 to every adult who is a U.S. citizen or a taxpaying U.S. resident, and $500 to every child who meets the same criteria. This is similar to, but somewhat more generous than, what President Bush did in 2008. Back then, electronic deposits were made available within three months. Some consumers might spend the money right away to meet rent if they lose their regular paycheck; others might have stronger balance sheets and spend the money at whatever uncertain date the virus is contained.

The law should also specify that the payments would continue in 2021 and beyond if the unemployment rate rises to 5.5% and remains there or higher. Hopefully this will not happen, but if it does, the money will be needed.

The comprehensive and dynamic response should also include extensions of unemployment insurance and increased Medicaid matching for states. These would be passed pre-emptively, so that they could trigger automatically in states where unemployment rates rise. These steps would be similar to those taken by Presidents Bush and Obama to fight the 2001 and 2007-09 recessions. The advantage of these policies is that they would automatically account for the virus’s differing effects on states, depending on how it spreads and how reliant state economies are on virus-sensitive industries like tourism. Moreover, they should be made permanent to increase U.S. preparedness for the next shock to the economy, whatever its cause.

In addition, measures to address unpaid leave and children going without school lunches would also make sense. Much of this has been done before in targeted ways for localized disasters.

Scientists are working tirelessly to develop a vaccine. It would be nice if there existed a comparably targeted medicine for economic policy makers to administer. Disruptions from interrupted supply chains, a potentially rapid shift in consumption patterns, and loss of credit are unique and challenging. But these are no reasons to delay putting out a generally applicable economic medicine that would help in any downturn.

Mr. Furman, a professor of practice at Harvard, was chairman of the White House Council of Economic Advisers, 2013-17.