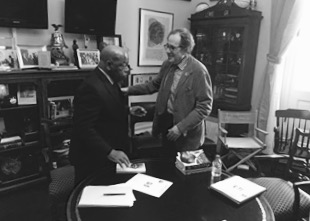 ACCF President & CEO Mark Bloomfield: “John Lewis’ commitment to the American dream for all is now needed more than ever before. One of my treasured memories is visiting with him to discuss the lessons of Nelson Mandela for America. What a better world we would have if both were around today.”