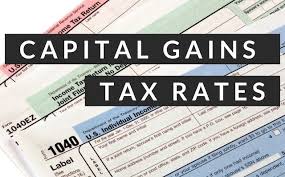 JFK knew the importance of encouraging investors to take risks and start companies.

There is nothing “moderate” about Joe Biden’s proposals to tax high-income investors. First, the top individual tax rate for income above $400,000 would be raised to 39.6% from 37%. Then long-term capital gains and qualified dividends would be taxed at the ordinary income-tax rate of 39.6% on incomes above $1 million plus an investment-income surtax of 3.8%, bringing the total to 43.4% Finally, the step-up in basis for capital-gains taxation at death would be eliminated.

Focus on the capital-gains proposal. No one has defined what is at stake here better than President John F. Kennedy, who wrote in 1963: “The tax on capital gains directly affects investment decisions, the mobility and flow of risk capital from static to more dynamic situations, the ease or difficulty experienced by new ventures in obtaining capital and thereby the strength and potential for growth of the economy.”

In addition to the federal tax of up to 43.4% under Mr. Biden’s proposal, there are state and local taxes on capital gains, which are no longer deductible for federal income-tax purposes. Unless the deduction is reinstated, the total top long-term capital-gains tax bite under Mr. Biden’s plan would rise to well over 50% for residents of New York and California. (The Biden proposal doesn’t say how capital losses would be treated, but under current law they can be offset against ordinary income up to $3,000 a year.)

In any case, a doubling of the top capital-gains tax rate would greatly restrict the mobility of individual capital, which Kennedy warned affects the flow of capital to new and smaller business ventures. Also, it would never raise anywhere near the tax revenues that its proponents claim. These claims are based on government tax-expenditure tables that use “static” analysis, ignoring the rather obvious “dynamic” effects of changes in realizations and economic growth. Interestingly, the negative effect on some state tax receipts could be substantial. States like New York and California (and some municipalities, notably New York City) rely heavily on realizations of capital gains, which would drop significantly.

If lawmakers want to increase tax receipts from wealthy individuals, they should lower the top capital-gains rate. Such a step would jump start realizations that even now are somewhat depressed. That’s what happened in 2003, when the rate was reduced to 15%.

Of special interest is the situation in China, which over the past 20 years has adopted certain Western economic policies so that its citizens are encouraged to own property, invest and prosper financially. They have come a long way from Mao Zedong’s goal of abolishing private property. China’s top capital-gains tax rate for investors is 20%.

Mr. Bloomfield is president of the American Council for Capital Formation. Mr. Pollock is a director of Ingalls & Snyder, LLC.