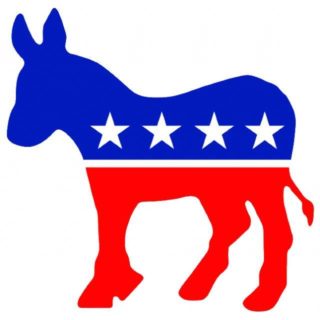 This shift has been especially pronounced among women. In 1994 nearly half of white women with college degrees identified as Republican, compared with only one-third today. White men have moved more slowly in this direction, from 59% to 51%.

The level of religious polarization is the highest in the history of modern survey research. Republican identification has increased among white evangelical Protestants (from 61% in 1994 to 74%), among white Catholics (45% to 57%) and among Mormons (61% to 74%). Democratic identification among unaffiliated voters has risen, from 52% to 67%.

Then there’s geographic polarization. Urban voters have increasingly identified with Democrats and rural voters with Republicans, a trend that accelerated in 2016. Twenty percent of Mr. Clinton’s 1992 vote came from rural America, compared with only 9% of Hillary Clinton’s , according to Boston College political scientist David Hopkins.

The battleground is the suburbs—evenly divided in the early 1990s and now. The suburban share of the presidential vote has steadily increased, to an all-time high of 56% in 2016, Mr. Hopkins finds. A pronounced suburban shift toward one party would be a decisive change in the partisan balance that could reshape American politics for a generation. Democrats have become increasingly dependent on suburban voters, whose share of the Democratic presidential total has risen to 52% from 40% while the party’s urban vote share remained stable and its rural share collapsed.

These trends are even more pronounced in congressional elections. According to Mr. Hopkins, the share of Democratic House seats in predominantly suburban districts rose to 60% in 2018 from 41% in 1992, while the share in rural districts fell to 5% from 24%. The share of Democratic senators from predominantly suburban states rose to 79% from 55% while the share from rural states fell to 6% from 28%.

Suburbs are politically heterogeneous. Mr. Hopkins finds that Democrats have improved their presidential performance in the suburban counties surrounding the 20 largest metropolitan areas but not smaller ones. In a parallel analysis, George Washington University’s American Communities Project divides these places into three categories: urban suburbs, middle suburbs and exurbs. Democrats have long dominated the urban suburbs, with their ethnically diverse, highly educated and prosperous populations. Mrs. Clinton outpolled Mr. Trump in these areas by 19 points in 2016. At the other end are the exurbs, also highly educated and well-to-do but mostly white and adjacent to rural areas. Long dominated by Republicans, they gave Mr. Trump a 17-point margin.

That leaves the middle suburbs, with a large share of less educated and less prosperous white voters, as the battleground. These are places like Lake County, Ill.; Macomb County, Mich.; Beaver County, Pa.; and Racine County, Wis. After giving George W. Bush an edge of 2 points in 2000 and 6 in 2004, these areas turned for Barack Obama by 3 points in 2008 and shifted back to Mitt Romney by 2 in 2012. Mr. Trump prevailed in these working-class suburbs by an astonishing 13 points, propelling his narrow victories in Upper Midwest states that Republicans hadn’t carried since the 1980s.

Demography and geography have reshaped the Democratic Party’s ideology. As conservative rural and small-town voters shifted their allegiance toward Republicans and the suburbs became more important to the Democratic coalition, the party moved left on many issues.

Other forces contributed. Industrial labor unions, which were moderate on culture and foreign policy, have waned while more ethnically diverse, left-leaning public-employee and service-sector unions gained ground. The financial crisis of 2008-09 exacerbated doubts about the market-friendly orientation that dominated the party during the 1990s, as did rising inequality and corporate concentration. Occupy Wall Street in 2011 was a harbinger of the progressive coalition that Sen. Bernie Sanders, an independent who calls himself a democratic socialist, mobilized in his 2016 challenge to Mrs. Clinton. The surprise primary victory of another democratic socialist, Alexandria Ocasio-Cortez, over a Democratic House leader turned out to be the first of several such upsets in 2018 and this year.

As the 2020 primaries began, the left had reason to hope that this would be its year. Sens. Sanders and Elizabeth Warren got off to strong starts, and early primaries made Mr. Sanders a front-runner. If African-Americans—many of whom who are more moderate than white progressives—hadn’t united behind Mr. Biden in South Carolina, the Vermont senator probably would be the party’s nominee.

The Biden campaign understood the need to conciliate the left—something Mrs. Clinton failed to do in 2016. It set up six “Biden-Sanders unity task forces” to work out compromises on contested issues. Mr. Biden made speeches and put out briefing papers that were well to the left of positions he had endorsed during the primaries. He has sought to promote party unity without alienating either his moderate base or the suburban independents and moderate Republicans who held their noses and voted for Mr. Trump four years ago.

Mr. Biden’s challenge, in short, has been to keep his balance. Even with the left-wing insurgency, most Democrats are reformers, not revolutionaries. They want to improve capitalism, not establish socialism. They worry that social mobility has slowed and not all Americans have enjoyed the fruits of economic growth. They believe that corporate concentration has inhibited innovation and that financialization has distorted the economy. They think all Americans deserve shelter and medical care. They want to make society more inclusive. They are convinced that climate change is dangerous and human activity contributes to it. They believe that alliances and international institutions help advance American interests but pushing for regime change usually doesn’t. These views are contestable but hardly radical.

The 2020 Democratic platform is evidence that the center has held. Here’s a list of what it doesn’t endorse: Medicare for All, the Green New Deal, reparations for slavery, defunding the police, free college for all, cancellation of all student debt, open borders, abolishing Immigration and Customs Enforcement, a national ban on fracking, deep cuts in the defense budget, and the anti-Israel boycott, divestment and sanctions movement.

Instead, it calls for reforms to existing programs aimed at making affordable health insurance available to all, reducing carbon emissions with new technologies, improving police practices, equalizing opportunity across racial and ethnic lines, reducing the costs of college, making immigration enforcement more humane, and reducing the costs of defense procurement.

Still, the Democratic Party leans further left than it did in 1992. Taken as a whole, the party’s agenda would substantially expand the size, scope and cost of the federal government. That will require higher taxes on corporations, wealthy Americans, investors and estates. Other positions put the party at odds with Republicans in ways that are longstanding and familiar. Today’s Democrats aren’t supply-siders, but they haven’t been since Lyndon B. Johnson’s administration. They continue to believe vigorous regulation is compatible with economic growth and innovation.

Democrats are more focused than ever on equality for women, racial and ethnic minorities, disabled Americans and the full range of gender identities. They are more united on social and cultural issues than on their prescriptions for the economy. Their unity presages intensified conflict with social conservatives, with no end in sight.

Although a Biden foreign policy would break sharply with Mr. Trump’s, it would do so mostly by restoring the status quo ante. Democrats want to rejoin the Paris climate accords, the World Health Organization, and the Iran nuclear deal. They seek to strengthen alliances in Europe and Asia and don’t think relations with nations like Germany and South Korea should be held hostage to disagreements about funding for alliances and military bases. They’re wary of China but don’t want a new cold war. Although the party has a vocal anti-Israel faction, the 2020 platform continues to describe Israel as a “Jewish and democratic state,” and it reiterates the longstanding Democratic commitment to a two-state Mideast solution, “a strong, secure, and democratic Israel,” the Jewish state’s “qualitative military edge” and its “right to defend itself.”

By nominating Joe Biden and endorsing this platform, the Democratic Party has reaffirmed its identity as a center-left party of reform. The Trump campaign will do its best to blur the line between reformist policies and radicalism. The voters will decide which characterization of the Democrats’ agenda is credible.

Mr. Galston is senior fellow in governance studies at the Brookings Institution. He writes the Journal’s Politics & Ideas column.