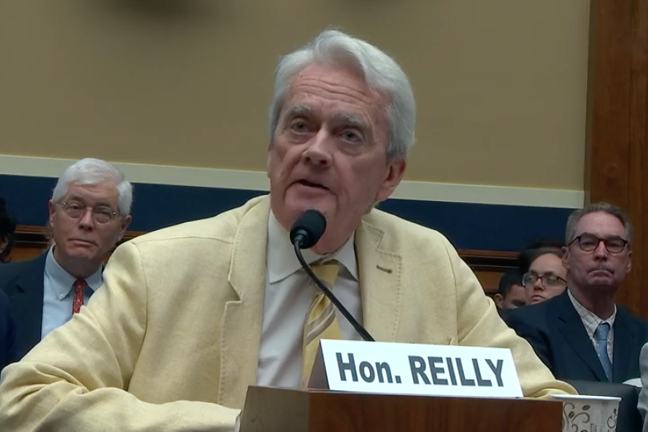 WASHINGTON, DC – The American Council for Capital Formation proudly announces that William K. Reilly has joined its prestigious bipartisan board of advisors.

William K. Reilly’s career spans more than five decades of public service, non-governmental organizations, and private sector finance. He has served four U.S. Presidents: Presidents Nixon, George H.W. Bush, Clinton and Obama. For more than 20 years he was a Senior Advisor to TPG Capital, an international investment partnership. During his tenure with TPG, he was the Founding Partner of Aqua International Partners, a private equity fund dedicated to investing in companies in the water sector. Before joining TPG, Mr. Reilly was the first Payne Visiting Professor at Stanford University.

In addition to his service as EPA Administrator under President George H. W. Bush, he was a senior staff member at the White House Council on Environmental Quality under President Nixon from 1970-1972. President Clinton appointed Mr. Reilly as a founding Trustee of the Presidio Trust of San Francisco.  President Obama appointed him co-chair of the National Commission on the BP Deepwater Horizon Oil Spill and the Future of Offshore Drilling, and in late 2012 to the President’s Global Development Council for which he headed the working group on climate smart food security.  He served in the U.S. Army to the rank of Captain, 1966-1968.

“Bill Reilly’s commitment to public service is second to none,” said ACCF President and CEO Mark Bloomfield.  “His depth of knowledge on a wide range of issues from energy policy to finance to global humanitarian issues will be invaluable as a member of our board of advisors.  ”

Over the last four decades, the ACCF Board of Advisors has demonstrated a historical commitment to bipartisanship.  It has included seven former Secretaries of Treasury, Secretaries of State, Defense, Homeland Security, four U.S. Special Trade Representatives, multiple ambassadors and senior White House officials from President Trump and his six predecessors.  Reilly is the third former EPA Administrator to serve on the board.  He follows William Ruckelshaus, who was the nation’s very first EPA Administrator and also served as a founding member of the ACCF.

“In these challenging partisan times, it is reassuring that long-standing organizations like the American Council for Capital Formation provide a solid platform for reasonable bipartisan discourse and sound policy analysis on today’s leading issues,” Reilly said.  “I am pleased to be part of this important organization.”