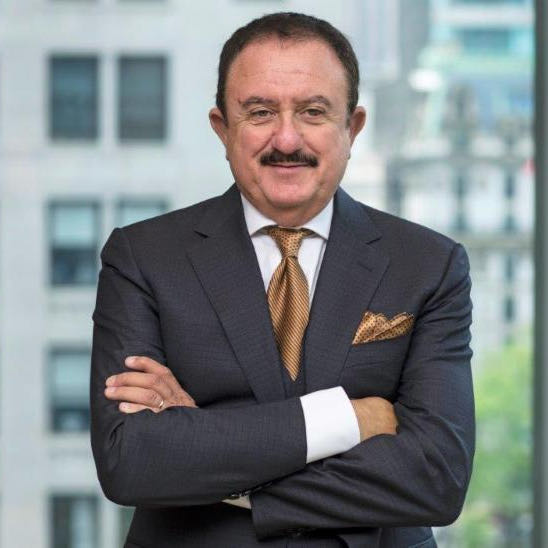 WASHINGTON, DC – The American Council for Capital Formation proudly announces that Solomon D. Trujillo has joined its prestigious bipartisan board of advisors.

Solomon D. (“Sol”) Trujillo is a global business executive who has served as the CEO U.S. West in America, Orange S.A. in France, and Telstra in Australia.  He has served on the boards of PepsiCo, Bank of America, EDS, Orange, Telstra, Gannett, US West, Target, Soufun (China), and WPP, the world’s largest advertising agency holding company. He is currently on the board of Western Union and chairs the Trujillo Group, LLC, investing in private companies domestically and internationally.

Sol has made major contributions to public policy as Chairman and Co-Founder of the Latino Donor Collaborative and co-founder of L’ATTITUDE, which provide research and data and makes the business case on the growing importance of U.S. Latinos to the U.S. economy. He also served as a trade policy advisor to the Clinton and Bush administrations and remains active in public policy issues related to trade, productivity, innovation, and economic development.

“Sol has the stature, experience, and data to demonstrate to the business community and public policy makers the importance of the Latino community and its entrepreneurial leadership to our growing economy,” said ACCF President and CEO Mark Bloomfield.  “We are honored to have him as a member of our board of advisors.”

Over the last four decades, the ACCF Board of Advisors has demonstrated a historical commitment to bipartisanship and business leadership in public policy.  It has included seven former Secretaries of Treasury, Secretaries of State, Defense, Homeland Security, four U.S. Special Trade Representatives, three former EPA Administrators, multiple ambassadors and senior White House officials from President Trump and his six predecessors.  Sol Trujillo joins several prominent CEOs and executives from prominent business organizations that are also members of the ACCF Board.

“I have known Mark Bloomfield for many years and understand the unique value that the ACCF brings to the challenges of economic growth, including the contributions of the Latino community and entrepreneurial business leadership,” said Sol Trujillo.  “I am pleased to lend my voice and experience to this important organization.”