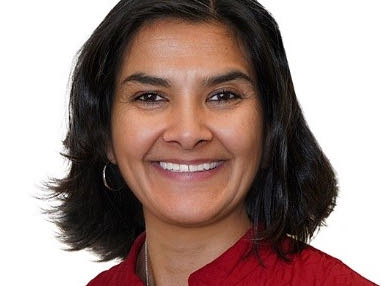 Washington, DC – The American Council for Capital Formation Center for Policy Research (ACCF-CPR) announced today that Dr. Rita Baranwal has joined the organization’s Board of Scholars.  Dr. Baranwal is Vice President of Nuclear and Chief Nuclear Officer for the Electric Power Research Institute (EPRI).   She has overall management and technical responsibility for the research and development activities conducted by EPRI with its global membership related to nuclear generation and leads a sector that provides research and development (R&D) to more than 77 percent of the world’s commercial nuclear fleet.

Before joining EPRI, Baranwal served as Assistant Secretary for the Office of Nuclear Energy in the U.S. Department of Energy (DOE). She led efforts to promote R&D on existing and advanced nuclear technologies that sustain the U.S. fleet of nuclear reactors and enable the deployment of advanced nuclear energy systems.

“We are honored to add Dr. Baranwal to our prestigious board, which includes many of the nation’s leading academic experts on energy policy,” said ACCF-CPR President and CEO Mark Bloomfield. “Her perspective and expertise are critical to the national dialogue on energy policy during a time where our nation’s energy sources and grid reliability are in question.”

Since its inception, the ACCF-CPR has welcomed leading economists as members of its Board of Scholars. This distinguished board includes several Nobel Prize winners, six former Chairmen of the Council of Economic Advisers from Democrat and Republican administrations, former Directors of the Congressional Budget Office, a former Federal Reserve Board Member, and the President of the National Bureau of Economic Research.  See full list of the ACCF Center for Policy Research Board of Scholars.

“The ACCF Center for Policy Research has a long track record playing an important role as a liaison between the business community and policymakers on issues related to energy and climate policy,” Baranwal said.  “I’m pleased to join such a well-rounded and bipartisan group of scholars in its important mission.”

Trump’s tariff is the wrong way for trade enforcement — but...