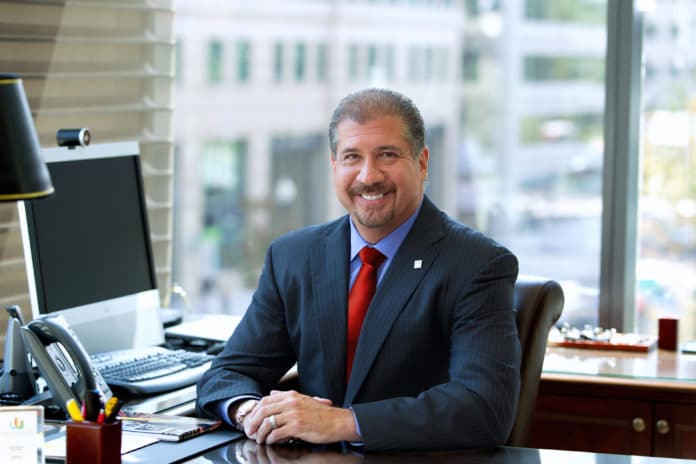 Mark served as the Global Chairman and CEO of EY, a leading global professional services organization with 284,000 people, operating in more than 150 countries. He led the organization through a purpose-fueled transformation centered on EY’s purpose of building a better working world.

Mark’s government experience includes serving as Assistant Secretary of the U.S. Department of the Treasury (Tax Policy) in the George W. Bush Administration. Mark was appointed by President Clinton to serve on the Social Security Administration Advisory Board. He served as a member of President Trump’s former Strategic and Policy Forum and as a member of President Obama’s Infrastructure Task Force. He also worked in the U.S. Senate.  Mark currently serves on the boards of directors and advises several public and private companies.

“The ACCF is truly honored to have the Mark Weinberger serve on our Board of Advisors,” said ACCF President and CEO Mark Bloomfield.  “His broad perspective on global business issues and institutional knowledge of Washington are an important blend today in economic policymaking today.”

For more than four decades, the ACCF has demonstrated a historical commitment to bipartisanship and to sound public policy through its Board of Advisors. From the public sector, it has included seven former cabinet secretaries, four U.S. Special Trade Representatives, two Administrators of the Environmental Protection Agency, former presidential chiefs of staff and senior White House staff from President Trump and his six predecessors, congressional committee chairmen and leadership from both Democrat and Republican conferences. From the private sector, CEOs and presidents from a wide array of businesses and trade associations have also served on our Board of Advisors.

“The ACCF is a very unique organization in its ability to attract diverse opinions from both sides of the aisle, along with the media and private sector, to have meaningful deep dives on our leading economic policy issues,” Weinberger said. “I look forward to lending my experience and voice as a Board member to help the ACCF advance its mission.”

In Memoriam: ACCF Board of Advisors Member Fred Malek