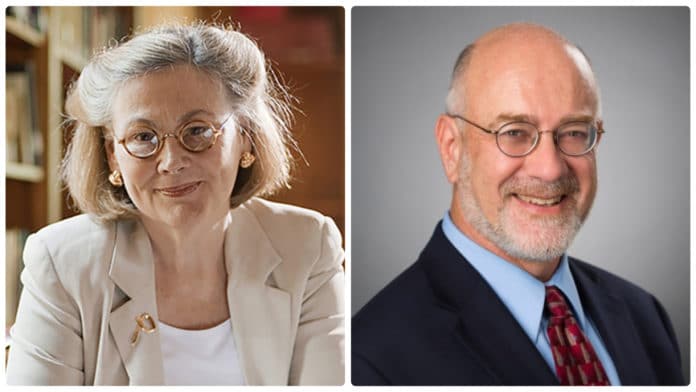 Washington, DC – The American Council for Capital Formation Center for Policy Research (ACCF-CPR) announced today that two respected economists and experts on retirement policy have joined the organization’s Board of Scholars.

Alicia H. Munnell is the Peter F. Drucker Professor of Management Sciences at Boston College’s Carroll School of Management and also serves as the director of the Center for Retirement Research at Boston College. She was a member of President Bill Clinton’s Council of Economic Advisers (1995-1997) and assistant secretary of the Treasury for economic policy (1993-1995). Previously, she spent 20 years at the Federal Reserve Bank of Boston (1973-1993), where she became senior vice president and director of research in 1984. Dr. Munnell has published many articles, authored numerous books, and edited several volumes on tax policy, Social Security, public and private pensions, and productivity.

“The ACCF has an impressive group of bipartisan experts.  I look forward to joining the discussion,” Munnell said.

Mark J. Warshawsky is a Senior Fellow at the American Enterprise Institute.  He served as Deputy Commissioner for Retirement and Disability Policy at the Social Security Administration from 2017 -2021 and also served as vice chairman of the federal Commission on Long-Term Care in 2013. From 2004 to 2006, Dr. Warshawsky served under President George W. Bush as Assistant Secretary for Economic Policy at the U.S. Department of the Treasury, playing a key role in the development of the Pension Protection Act of 2006.  His research interests include employer-sponsored pension and retirement programs, social security, financial planning, health and long-term care financing, corporate and public finance, and macroeconomics.

“As we move out of the pandemic and recession emergency situation, policymakers need to return attention to long-standing structural problems and needed improvements with our retirement, pension and Social Security systems, working collaboratively,” said Warshawsky.  “Policymakers will need to take a bipartisan approach to help Americans rebound.  The ACCF is well positioned to help lead these important discussions.  I look forward to taking part as a member of their Board of Scholars.”

“We are honored to have two distinguished experts on retirement policy join our Board of Scholars,” said ACCF-CPR President and CEO Mark Bloomfield. “The expertise of Munnell and Warshawsky is respected on Capitol Hill and in retirement policy circles.  We look forward to their contributions as retirement security remains a top priority for Americans.”

Since its inception, the ACCF-CPR has welcomed leading economists as members of its board of scholars. This distinguished board includes several Nobel Prize winners, eight former Chairmen of the Council of Economic Advisers from Democrat and Republican administrations, former Directors of the Congressional Budget Office, a former Federal Reserve Board Member, and the President of the National Bureau of Economic Research.

The Puzzle of Low Interest Rates