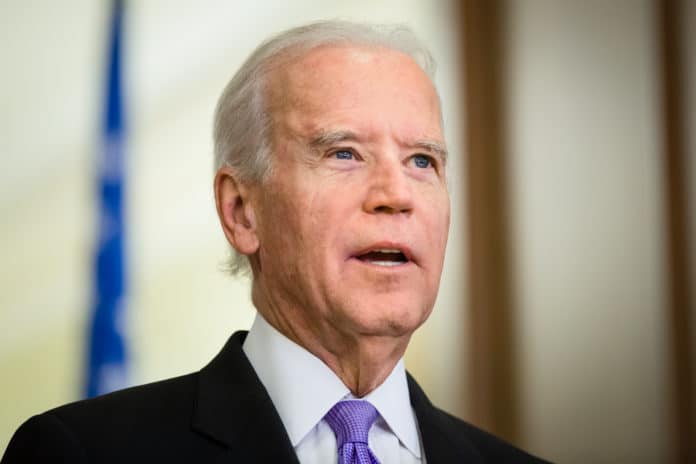 The president will have to persuade progressives to save his infrastructure bill.

In a speech reflecting on the 40th year of her reign, Britain’s Queen Elizabeth II labeled 1992—a year that included the separation or divorce of three of her children and a deluge of embarrassing publicity—an annus horribilis.

August is proving to be a mensis horribilis for the Biden administration. The pandemic, which seemed to be waning at the beginning of July, has resurged among the unvaccinated, overwhelming healthcare systems in hot spots and triggering more rancorous debates about masks and vaccine mandates. Inflation—an increasing concern for the public—is running higher than economists expected. The rapid collapse of the Afghan government and Taliban takeover of the country contradicted the assurances President Biden had given only a month ago. The sight of desperate Afghans surging onto the tarmac at Kabul’s airport summoned uncomfortable memories of Saigon in 1975.

Even before pictures of Taliban fighters in the presidential palace that Ashraf Ghani ignominiously fled flashed around the world, Mr. Biden’s job approval had fallen by 5 percentage points since late May. Despite the president’s forceful defense of his decision to withdraw in an address to the nation on Monday, this fiasco is unlikely to arrest the decline in his public standing.

Mr. Biden needs a win—soon. But Congress isn’t poised to deliver one, as House Democrats feud among themselves. The Senate passed both the bipartisan infrastructure bill and a $3.5 trillion budget resolution that would kick off the process known as reconciliation. Speaker Nancy Pelosi had expected to pass the budget resolution in the House and turn to the reconciliation bill, which will feature measures progressive Democrats fervently support, including green energy and child-care spending. Fulfilling her pledge to this part of her caucus, she planned not to vote on the infrastructure bill until the Senate passed the bill of progressive priorities.

Enter nine moderate House Democrats who sent the speaker a letter last week demanding a prompt vote on the infrastructure bill and threatening to withhold their support for the budget resolution until they receive such a roll call. This revolt took courage; much of Congress’s power is concentrated in leadership at the expense of committees and individual members.

It reflected the deepening concerns among moderates that delaying a vote on the infrastructure bill would reduce the chances of its passing. Republicans supporting the bill are being pounded with unrelenting conservative attacks in their districts. Some moderates fear that a $3.5 trillion reconciliation bill would exceed their voters’ tolerance for higher spending and taxation. Speaker Pelosi surely understands that she can’t hold the House majority next year without these swing districts.

Speaker Pelosi is in a bind. If the moderates stand fast, they can block the budget resolution until she allows a floor vote on the infrastructure bill. But progressives have threatened to vote against an infrastructure bill unless Mrs. Pelosi honors her pledge to proceed first with the reconciliation bill. It is a standoff, and neither side is blinking.

President Biden cannot allow his legislative agenda to stall. As soon as he has dealt with the immediate aftermath of events in Afghanistan, he should meet with Mrs. Pelosi to devise a plan for bringing the infrastructure bill to the House floor as soon as possible. He should do whatever he can to persuade reluctant progressives—and potentially supportive Republicans—that this is in their best interests as well as the country’s.

Mrs. Pelosi, whose legislative skills are legendary, may find a way out of the impasse. Even so, Senate Majority Leader Chuck Schumer doesn’t have 51 votes to pass a $3.5 trillion reconciliation bill. He isn’t likely to get them, no matter how long he tries. With no Republican support and no margin for error among Democrats, he will eventually have to bow to the most cautious members of his caucus, as Majority Leader Harry Reid did to round up the 59th and 60th votes for the Affordable Care Act a decade ago. The eventual bill will be substantially smaller than $3.5 trillion, which will force Democrats to choose priorities among the many items on their current list. Progressives will have to decide whether they are prepared to make the perfect the enemy of the possible.

Since declaring his candidacy for president, Mr. Biden has pursued two political goals that are in tension with each other: keeping the Democratic Party united and reuniting the country across party lines. As the infrastructure bill shows, giving Democratic moderates space to negotiate with compromise-minded Republicans is the best path to the latter. The question is whether Mr. Biden can preserve party unity if he pursues this course—and whether he can foster national unity if he endorses measures supported by only his party.