Home ACCF Scholars ACCF Scholar: ‘Everyone should wake up every morning figuring out how to... 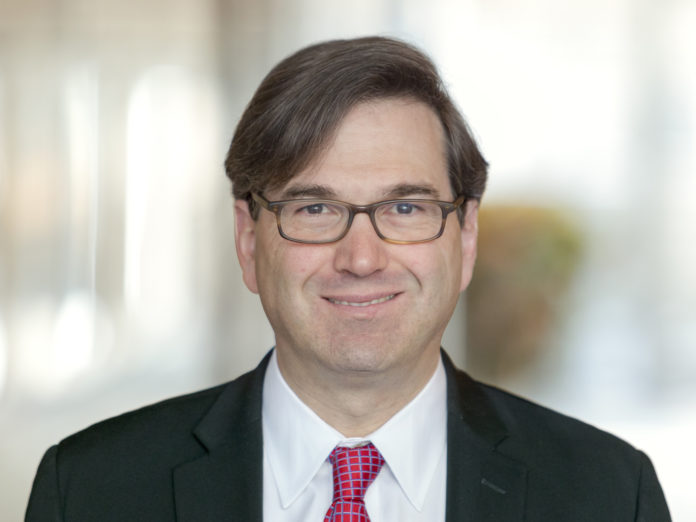 However reckless the British government, however botched its “mini” Budget, it alone cannot explain the fragile economic outlook. Interest rates are rising, financial markets are creaking, the strength of the US dollar threatens to reveal that many companies and governments have been bathing costume-free.

“There’s just this incredible disconnect,” says the US economist Jason Furman. “If you’re just looking at the standard economic data, everything looks fine, yet there’s this sense that we’re right on the precipice of something terrible. People are tossing around terms — I think in some cases too loosely — financial crisis, recession. I’ve seen some people warn about a depression.”

Furman was chair of the US’s Council of Economic Advisers during Barack Obama’s second term. Long relaxed about government deficits — “I don’t think we really need to care about the level of debt, I think we need to care about the level of debt service” — he has nonetheless become a leading voice warning about US inflation. He is also one of the bluntest economic commentators. Of the “mini” Budget, he opined: “I can’t remember a more uniformly negative reaction to any policy announcement by both economists and financial markets.”

If UK prime minister Liz Truss disregards mainstream economics, Furman represents it — almost by definition, given that he co-teaches the introductory economics class at Harvard University.

Over the past 18 months, his view that the Federal Reserve should raise interest rates sharply has gained adherents. “Last year there was a lot of wishful thinking,” he says. Such optimism has largely dissipated. In September, Fed chair Jay Powell said he wished “there were a painless way” to tame inflation — implying there wasn’t. Furman himself has suggested that US unemployment may need to rise to 6.5 per cent for two years, a change that would reverberate globally.

How likely is a recession? “I don’t think it’s certain at all,” he says — adding that maximum danger is likely to come in the second half of 2023. A soft landing for the US economy “really is a possibility, but I don’t think you want economic policy based on the best possible outcome”.

Yet the risks of rate rises were highlighted by the UK’s turmoil. The Bank of England intervened to protect pension funds; one banker said it was close to “a Lehman moment”. Other weaknesses are surely lurking in the financial system. Does this not call for caution? “A lot of what’s breaking is financial markets, as opposed to the real economy,” insists Furman.

“The initial brunt of the tightening has been borne more by the wealthy, whose wealth is evaporating, than it has been by the workers. I don’t think it’s always going to stay that way, but I do think some of the voices we’re hearing now are people who are looking at their stock portfolio, or the money they’re managing, and are unhappy to see it going down. I’m also unhappy to see it going down, I just wouldn’t make my unhappiness with my stock portfolio the basis for public policy.”

In Europe, inflation owes much to potentially transitory energy prices. But in the US, the case for tightening is less complicated, driven by the hot jobs market, says Furman. “If you’re looking at the actual inflation data, it’s just ugliness after ugliness after ugliness. Underlying inflation has not come yet at all.” Stopping rate rises would be “wildly premature”, at least until inflation has come down by a percentage point.

But inflation expectations, a key factor, have come down? “A time when our models really have not worked very well, I think, is a bad time to rely on a forecast,” says Furman. “I would rather financial markets be pleasantly surprised in the future that less is needed to deal with inflation than have the false dawns we’ve had over the past two years.”

For Furman, the appeal of economics is its mix of rigour and real-world relevance. At high school, he volunteered for Walter Mondale’s presidential campaign. As a college freshman, his intellect intimidated his roommate, the actor-to-be Matt Damon, who later recalled: “Jason was the first person that I met at Harvard, and I literally almost turned around and went home.”

At the White House, Furman learnt to keep his advice to the economics, and let Obama decide the political risks. “The worst type of economic adviser is someone who is advocating for something because it’s politically expedient but pretending that it’s actually a good economic idea.”

Furman, 52, is hyper-articulate: when we speak on Zoom, he is fluent, even when the white glow on his face gives away that he is looking at other windows. He is also alive to his profession’s shortcomings. He is suspicious of studies that say working from home boosts productivity, and inclined to agree with chief executives who say that it doesn’t. “I think there are some economists who are just so excited about work-from-home — maybe because they do it themselves and it works well for them — that they want to generalise. I also wonder whether work-from-home might have worked better in 2020 when there was nothing else to do on a Friday than now when there’s a Red Sox game.”

Did Donald Trump’s election make him wish that the Obama administration had done more for those left behind by globalisation? “The obstacle was Congress,” he says, adding that policies to reduce inequality would not necessarily have stymied populism. “The Affordable Care Act was the largest thing we’ve done for people losing out in the [US] economy in the last 50 years. But that didn’t calm our politics, precisely the opposite. For a while, it made things worse politically.”

The worst type of economic adviser is someone who is advocating for something because it’s politically expedient but pretending that it’s actually a good economic idea
His worry now is that, under Joe Biden, US policy has overcorrected: from too little fiscal stimulus to too much; and from too sparse antitrust actions to too broad. The Federal Trade Commission’s antitrust approach, such as objecting to Meta’s takeover of the virtual reality fitness app Within, seems to seek goals beyond greater competition. (Furman himself led a competition review for the UK government, which proposed stronger oversight, short of dramatic legal actions.) On stimulus, he opposed Biden’s cancellation of student debt, saying: “Pouring roughly half [a] trillion dollars of gasoline on the inflationary fire that is already burning is reckless.”

Furman has called for a higher minimum wage, but is now an inflation hawk. What did he make of BoE governor Andrew Bailey’s comments in February that workers should not ask for a big rise? “The way to tackle inflation is not some collective effort that everyone wakes up every morning figuring out how to tackle inflation. Everyone should wake up every morning figuring out how to get paid more, or if they’re running a business how to make more of a profit. And it’s up to the central bank to ensure that, when they’re doing that, their incentives are consistent with inflation being lower. Inflation isn’t a moral issue. It’s not that there’s villains or people that need to behave better. It’s just too much money chasing too few goods, and the central bank is the place that decides the amount of money.”

As prime minister, Truss has argued that the UK needs to focus less on redistribution. Furman argues that this is not possible: everything is redistribution. “The painful reality of the economy right now is it can’t really produce any more than it’s currently producing. If you give to one group in a way that enables them to raise their consumption, you are going to lower consumption of other groups. Maybe that happens because inflation goes up. Maybe it happens because interest rates go up, so mortgage payments go up. Maybe you borrow more from other countries, but then you have to pay that back in the future.”

Truss also insists that she’s looking to “grow the pie”. Furman supports a growth agenda, including the politically contentious removal of the cap on bankers’ bonuses. “You want to let companies pay in the way that works best for them; that’s not taking money from somebody else to pay the bankers.” The problem was high-income tax cuts, which (had they not been abandoned) would probably have hurt growth, once the cost of greater government borrowing was included. This illustrates what Furman sees as a frequent problem: a policy’s direct impact is evaluated, but not its indirect impact, which may be just as large.

What could improve productivity? “It’s a long list, but immigration is so much more important to the US, the UK economy than almost anything else you could do.”

Furman, who has three children with the publisher Eve Gerber, has also argued for more pre-school childcare, to enable parents to stay in employment. “It’s just going to require lots more money.” (Gerber once remarked she had given Furman a pass for eight years in the White House: “NO MORE!”)

Such ambitions, for the moment, are secondary to the immediate uncertainty. What would be the global fallout of continued US rate rises? “Last year the United States gave people so much money in the United States that we bought lots of goods and that raised prices around the world and strengthened the dollar and made it harder for others. Now I think we’re jerking everything in the exact opposite direction with a monetary contraction.”

Yet he insists: “The biggest issue isn’t caused by the United States. It’s caused by global commodity prices, it’s caused by the domestic policy choices countries have made. If you look at emerging markets, ones that have borrowed less short-term in foreign currencies have much less to worry about right now than ones that are more exposed to the world. As brutal as it sounds, the Fed’s job is to look after the United States.” Global problems could spill back to the US. But “we’re trying to slow our economy. Some of the spillbacks that normally you might worry about at this point might be a good thing.”

ACCF Scholar: How Will Inflation End?