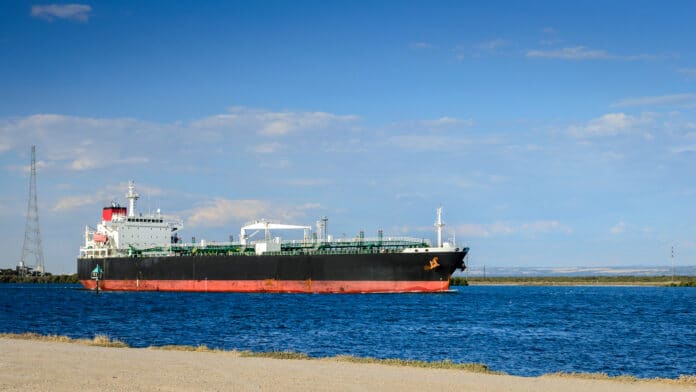 Both in late September and earlier in late August, Energy Secretary Jennifer Granholm reiterated her plea to American refiners to reduce fuel exports. This request is misguided for multiple reasons. Fundamentally a refined product export restriction would drive up energy prices domestically and globally, and harm our European allies who have been attempting to diversify energy sources away from Russia. The U.S. should produce and supply as much energy as possible to help reduce energy prices both in the U.S. and internationally, particularly as we approach the winter months.

This year energy prices worldwide spiked as Vladimir Putin wielded his power over world energy markets; prices have also increased in light of energy supply scarcity due to production constraints in the U.S. Every country in the world, especially the ones that rely heavily on fossil fuel product imports, is looking for solutions to lessen the impact of high energy prices.

President Biden’s team and Congress have advanced policies that could not only hurt our allies but ultimately harm American households as well. The Inflation Reduction Act is a case in point. While there are encouraging measures that would contribute to domestic production – including opening up federal oil and gas leases – tax policies included in the reconciliation bill could still discourage many oil and gas companies from even investing and building new drilling operations on said leases.

Today’s tumultuous energy markets have resulted in other harmful policy ideas on the table, including restricting crude oil exports and limiting refined product exports. Without a doubt, the U.S. is an important part of the puzzle when it comes to production and consumption of oil, natural gas, and refined products. According to the Energy Information Administration, the U.S. is the top producer of oil, representing 20 percent of the global production. It is also the top consumer, matching production at 20 percent of the global demand. So, our actions, either on the supply or demand side, will have an impact on world market prices. In fact, according to a recent study by ICF, lifting the four decade ban on crude oil exports in 2015 helped increase the global oil supply, ultimately decreasing the price of crude oil and refined products globally, thus benefiting every household in the world.

Despite the data, some argue that a crude oil export ban could help drive the prices down in the U.S. But that argument ignores one basic fact: the U.S. mainly exports light, sweet crude oil from fracking, while Gulf Coast refiners are optimized to process heavier crudes. So, if crude exports are banned, much of that light sweet crude would be stranded, and the price of refined products in the U.S. might not decrease as intended. In fact, a potential decrease in the global supply of U.S. oil exports would ultimately hit the prices of refined products that use U.S. oil as an input, putting more upward pressure on global product prices.

Restrictions on refined product exports would be equally disastrous. Like crude oil, the U.S. is not only the top refiner in the world, but also top exporter of refined products, representing 12.1% of refined oil exports globally. According to a recent study conducted by the American Council for Capital Formation, gulf coast refined products originally aimed for exports would be trapped in the Gulf coast region under a ban on product exports, mainly driven by the lack of infrastructure and shipping constraints. Refinery closures will occur and product prices in the global market will increase; buyers of U.S. exports will bid up the price of fuel from alternate sources. East and West Coast consumers, who are currently hammered by high gas prices, would suffer further as imports continue to set market prices as the “last barrel” of supply. The study concludes that “More than two-thirds of U.S. consumers will see price increases, including average increases of more than 15 cents per gallon for gasoline and 45 cents per gallon for distillates over the second half of 2022.” Any way that you dissect the data, the ultimate loser would be American consumers.

For America’s allies, the picture might be worse, especially for Europeans who are suffering by Russia’s actions. U.S. exports provide relief for European consumers who are hit harder due to heavy reliance on Russian energy and lack of fossil fuel resources. Taking away U.S. resources would only strengthen Russia’s hand against our allies and further destroy their trust in the U.S. as a reliable partner.

Regardless of U.S. actions, many are already looking to reshape the world energy supply chains and claim part of the profits. Isolationist U.S. policies would only further spur such actions and create irreversible shifts in energy supply chains. This is definitely not the time for nationalist policies that could hurt U.S. global leadership or leave energy markets to the mercy of unreliable countries.