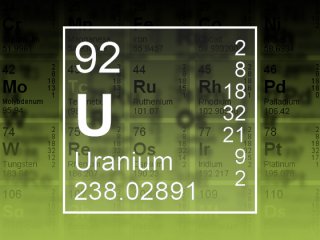 On September 11 of this year, the Obama administration announced that it would take immediate measures to end funding of the only U.S. uranium enrichment facility capable of serving the country’s national security needs.  Located in Piketon, Ohio, the American Centrifuge plant is home to a demonstration program for the world’s most advanced enrichment technology.  The U.S. Department of Energy (DOE) plans to dismantle the plant and literally bury most of the technology in the American desert – an act that would add great risk to our future ability to enrich uranium for national security purposes.  It is ironic that the United States has blessed Iran’s uranium enrichment program while, at the same time, decided to cripple its own.

Enriched uranium is used to fuel commercial nuclear plant reactors and for national security and nonproliferation applications, including the production of tritium to maintain the U.S. nuclear weapons arsenal.  To comply with nonproliferation agreements and treaties, the United States must use uranium enriched by U.S. technology for national security purposes.  In the past, this service was provided by the Paducah, Kentucky gaseous diffusion plant – a 1950s-era facility that was closed in 2013 because of excessive costs.

A replacement U.S. enrichment technology is thus required.  Over the past decade, the private sector has invested over $2.6 billion to develop an advanced U.S. technology, which would also be used to produce fuel for nuclear power plants, at the American Centrifuge plant in Piketon, Ohio.  However, poor market conditions in the civil nuclear sector have largely delayed its commercialization.

In 2012 and 2013, the Department of Energy, in partnership with Centrus Energy, jointly funded the construction of a full, industrial-scale cascade of 120 centrifuges and support systems – the building block of a larger plant.   During an extended demonstration program, the technology met all performance metrics and remains operational today.   While some important work remains, a recent DOE analysis found that American Centrifuge is the lowest risk and lowest cost option for providing enriched uranium for national security purposes.

Additional development work is being conducted at the Oak Ridge National Laboratory, where up to five individual machines can be tested.  Only in Piketon, however, can centrifuges be run in an industrial-scale cascade, where 120 machines are linked together and function in a fully operational enrichment configuration.   The Piketon facility and its highly experienced workforce are one-of-a-kind national assets that the United States cannot afford to lose.

If finalized, the September 11 decision would lead to the dismantling of the Piketon operation, the layoff and dispersal of its uniquely trained personnel, and the destruction of nearly all of America’s advanced centrifuges – which cost the taxpayer $280 million to build.  DOE’s own analysis indicates that restarting the program in the 2020s to meet U.S. national security requirements– when the U.S. is expected to run out of nuclear fuel that could be used for defense purposes – would cost the federal government an additional $3 to 8 billion.  This estimate is likely to be highly optimistic, given the cost and difficulty of retraining a skilled workforce and resurrecting a demobilized technology.

But more importantly, carrying through with the Obama administration’s plan would leave the United States with  no active enrichment capability, greatly undercut the prospects of ever deploying this vital technology, and signal a retreat from American leadership in advanced nuclear technologies.  Given the security threats that face the United States, now is no time to abandon U.S. uranium enrichment.