POLITICAL AND MARKET VOLATILITY IN 2018: CREDIBILITY AND BIPARTISANSHIP KEYS TO SUCCESSFUL ECONOMIC POLICYMAKING 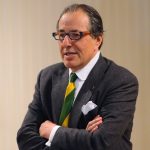 Credibility and bipartisanship, both in politics and public policy, are the most important assets in today’s highly partisan and polarized climate. They are what make the American Council for Capital Formation an effective third party in policymaking, which we are proud to highlight in our 2018 Annual Report.

True to our bipartisan mission, we hosted Senator Ron Wyden (D-OR), ranking member on Committee on Finance and the 11th most senior member in the U.S. Senate, for a March forum on “Principled Bipartisanship.” We also proudly welcomed renowned trade economist Chad Brown to our ACCF-CPR Board of Scholars.

The ACCF-CPR also published a paper analyzing the array of financing options that could be on the table for infrastructure modernization.

Looking ahead, our reputation for authoritative research, bipartisan advocacy and media credibility built over the last four decades strongly positions us for the challenges facing the administration and the new divided Congress.

Our experienced policy experts are both well-connected to the decision makers and armed with innovative solutions to the broad array of issues facing our country today—climate change policy, trade policy, tax reform, retirement policy, corporate governance, energy innovation, regulatory improvement, and infrastructure modernization.
We rise to the challenge.