The ACCF, with experience, credibility, and bipartisanship, is uniquely able to make a difference in economic policy.  Please see ACCF webinar series. 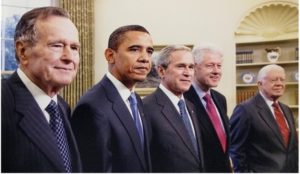 Experience is invaluable. The ACCF has a distinct history among business organizations. Our current leadership began its pursuit of pro-growth economic policy during the administration of President Jimmy Carter and the 95th Congress in 1977. We have been battle-tested through seven prior presidencies and twenty-three earlier Congresses—seven with a president and Congress of the same political party and thirteen with a divided government. Throughout our history, the White House and Members of Congress of both political parties have sought our economic policy recommendations and enlisted our experience in making them a reality. The media, the business community and the broader economic policy community have welcomed our contribution to economic policy. 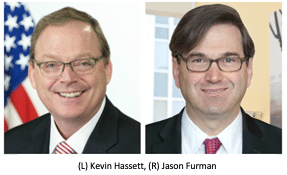 Credibility is paramount. Both politically and in pursuit of public policy, it is one of the most important assets in today’s highly partisan and polarized landscape. ACCF supporters invest in us because we have the most highly regarded mainstream economists in the country today serving on our Board of Scholars. To date, six former Council of Economic Advisers (CEA) chairmen to Democrat and Republican presidents have served on our board, including both Kevin Hassett, recently President Trump’s CEA Chairman, and Jason J. Furman, who held that position for President Obama. 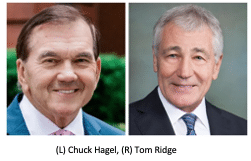 Bipartisanship is imperative. The ACCF, over the last four decades, has demonstrated a historical commitment to bipartisanship and to sound public policy through its Board of Advisors. It has included seven former cabinet secretaries, four U.S. Special Trade Representatives, and two Administrators of the Environmental Protection Agency. It has also included Democrat and Republican congressional committee chairmen and leadership. In 2020, the ACCF added several new members to its Board of Advisors, including President Obama’s Secretary of Defense Chuck Hagel, joining President George W. Bush’s Secretary of Homeland Security Tom Ridge.

The ACCF’s experience, credibility and bipartisanship is best illustrated by “Washington’s Last Salon,”

which we have hosted for four decades, earning testimonials from Trump Republicans, Progressive Democrats, and all in between. Each month, we bring together members of the President’s Cabinet, the White House, Congress, the diplomatic corps, policy experts, the media and ACCF business supporters for a real conversation on topical economic policy issues. The salon, The Economist magazine has noted, “on occasion helps steer economic policy.” We have hosted Democrat and Republican leaders in the Senate and House, and from important economic policy committees, including the leadership of the New Democrat Coalition (NDC). We have had a salon with the Mexican Ambassador to the U.S. and a similar event with the Canadian Ambassador to the U.S. Forty members of the current congress are veterans of ACCF salons.

The ACCF is a traditional business organization with a 501(c)(6) tax status. The ACCF Center for Policy Research, our affiliated public policy think tank, has a 501(c)(3) tax status.