Home Energy & Climate - Research & Publications ACCF Policy Alert No. 2: Why Climate Skeptics Should Not Object to... 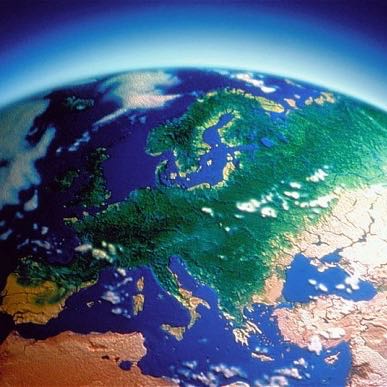 EPA’s Significant New Alternatives Policy (SNAP) program plays a relatively small, but important role in fulfilling President Barack Obama’s climate pledge or Intended Nationally Determined Contribution (INDC) to the United Nations.  It also helps ensure that safe alternatives are available in the U.S. marketplace and that the U.S. market remains competitive.  SNAP would help accelerate the domestic deployment of climate-friendly, non-ozone-depleting substitutes from hydrofluorocarbons (HFCs), a greenhouse gas that is thousands of times more potent than carbon dioxide.  HFCs, which have many uses including as a refrigerant, have received increasingly greater attention because related global emissions are expected to nearly double by 2020 and triple by 2030 – largely because of greater industrialization and modernization in the developing world.

Last month, the White House, implementing a policy first developed by the Bush administration, helped secure an international commitment under the Montreal Protocol to address HFCs via a legally-binding amendment that would cover all 197 Parties to the Protocol.  This diplomatic action followed the U.S.-China agreement last year to phase down the consumption and production of HFCs and a statement of support from G-20 leaders.

Unlike EPA’s highly controversial greenhouse gas (GHG) regulations on power plants, the Agency’s SNAP program is broadly embraced by impacted industry.  The Alliance for Responsible Atmospheric Policy, which represents 95 percent of U.S. HFC production and a significant majority of the Original Equipment Manufacturers (OEMs) and  other user industries, has issued multiple statements of support for the broader HFC agenda.

(1) U.S. companies are the primary producers of HFC replacement chemicals, giving them a competitive advantage.  A delay in implementing SNAP in the United States would give foreign producers, including Chinese producers that have heavily invested in HFCs, time to catch up in the replacement market.

(2) Without SNAP, U.S. imports of Chinese HFCs would continue to grow –potentially shutting down all domestic HFC production.  From 2012 to 2014, Chinese HFC imports increased 60 percent, resulting in U.S. manufacturers losing significant market share.  Last August, the U.S. International Trade Commission unanimously determined that there was a reasonable indication that Chinese HFCs are being sold in the United States at less than fair value (i.e., dumping). (See more here.)

At first glance, some free market advocates might consider cheaper Chinese HFC imports to benefit American consumers, despite the negative impact on U.S. industry – even with unfair dumping.  However, this is not the case since companies that use HFCs are transitioning to HFC replacement chemicals to meet changing global regulations.  Therefore, cheap HFCs will grow scarcer as Chinese chemical producers switch to HFC replacements in response to the phase out of HFCs in the broader international market.

A failure to transition from HFCs to climate-friendly substitutes would not pose a serious threat to the President’s climate pledge in and of itself, but it could result in other sectors facing more stringent emissions targets in order to attain the 26 – 28 percent GHG reduction goal by 2025. Related HFC emissions reductions account for about 5 percent of the total cuts envisioned by the White House.

A notable gap of 9 to 15 percent currently exists in President Obama’s climate pledge – the difference between reductions gained from policies and measures identified explicitly in the UN climate pledge and the target of 26 percent.  (See https://accf.org/wp-content/uploads/2015/11/ACCF-Report_US-INDC-FINAL.pdf.)  Losing the HFC reductions would increase the gap by nearly 20 percent, according to some estimates.

Without SNAP, the Agency would be expected to pursue additional steps to make up for the lost HFC reductions, assuming a Democratic presidential victory in 2016.  Given EPA’s existing plans to regulate GHG emissions from industrial sub-sectors (e.g., refining, cement, chemicals, paper, and steel), it is highly likely that the burden of making up any lost HFC reduction would fall largely to the industrials.

The Obama administration’s climate change agenda is highly controversial.  Current greenhouse regulations impacting existing and new power plants will certainly drive up energy costs, distort electricity markets, and harm economic growth and job creation in the United States.  EPA’s SNAP program, however, is supported by the regulated industry and carries substantial benefits for U.S. industry by allowing it to leverage its current competitive advantage in the HFC replacement market.  Moreover, preservation of SNAP would help guard against unnecessary and harmful GHG regulation of U.S. manufacturing.  Consequently, opponents of EPA’s broader GHG agenda should objectively consider the benefits of the HFC replacement program and avoid grouping it with carbon regulation.