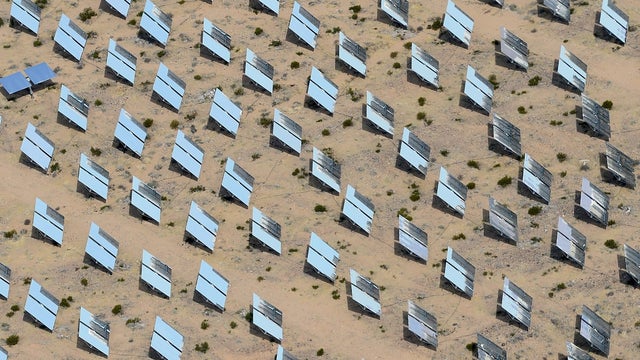 Earth Day 2020 will be remembered not for glitzy events or protests surrounding the cause of climate change, but for a global economy that has been brought unexpectedly to a screeching halt as a result of the coronavirus crisis. Even for people who care deeply about the climate crisis, priorities have changed, and rightfully so, in the face of a major health crisis and economic ruin.

Congress has been working tirelessly to help Americans and all types of businesses to ride out this storm. But as we get more information about the economic impact of this virus, we see that more congressional help will be needed. But this should not be an open invitation to sneak in favors for special interests.

For example, pleading the threat of economic ruin and the loss of thousands of jobs, solar and wind industry groups want the federal wind Production Tax Credit (PTC) and the solar Investment Tax Credit (ITC) extended or perhaps replaced with direct payments to companies and investors. Many lawmakers backed down on including these provisions in the CARES Act. But be on the lookout for a renewed push for unjustified and unfair benefits in a fourth economic rescue measure that congressional leaders are contemplating.

What makes the renewable industry’s efforts so galling at a time when pain and struggle are universal is that the renewables sector is actually less in need of special carve outs than many other segments of the economy. Solar and wind power generation has graduated from fledging status to market-viable competitors in the energy arena, in no small part due to government support. Sen. Charles Grassley (R-Iowa), who once championed the credits, says it is time to phase them out as intended.

Sen. Grassley is right. The percentage of electricity generated from renewable energy sources has more than doubled in the last 10 years and now tops 20 percent. On top of that, investors and utility operators seem to be looking to renewables as low-risk options in today’s volatile energy market, just as they did during the 2008-9 financial crisis.

In the midst of this current disaster, utilities could actually look to source more power from wind and solar farms, which cost little to operate in contrast to many fossil fuel sources. Some industry analysts actually foresee a sharp pickup in wind and solar projects even if near-term project start-ups, hiring and revenue falls short of expectations. Meanwhile, in the U.S. and other countries, efforts to slow climate change all but guarantee a bias toward government promotion of renewables.

Manufacturers and installers of solar panels and wind turbines contend that without the tax benefits, many planned projects will not be able to overcome supply chain disruptions and thousands of workers could be idled. These setbacks are not exclusive to renewable energy. Every corner of the economy is reeling from a terrible and unprecedented blow. In fact, the wind and solar segment’s chief rivals in power generation, oil and gas companies, have been battered especially hard from the crisis. The sharp drop-off in demand as cars, factories and business sit idle, on top of years of falling prices, threatens to put some domestic producers out of business for good. And yet, oil and gas sector leaders have requested no bailouts or special treatment.

Some climate action advocates hoped the deluge of federal spending in a moment of crisis could be the first installment on a Green New Deal. More sensible policy experts have said confronting the current disaster many Americans are facing must come before dramatic policy changes. Ted Nordhaus, founder of the climate-focused Breakthrough Institute, acknowledges that the millions of jobless Americans “…don’t have the privilege of worrying about climate change.” He says, “It would be tone-deaf to talk about climate change now.”

Of course, if policymakers are interested in reducing carbon emissions linked to climate change after this pandemic ends, they will have to look at a comprehensive policy that picks winners and losers based not on political power but on economic merits. Once we come out of this economic mess, not only will we have our old policy issues like climate change, but we will also shoulder an increased burden of national debt. In a recent American Council for Capital Formation webinar, Former Treasury Secretary and Harvard Professor Lawrence Summers predicted that we could start looking at new taxes that serve dual purposes, such as a carbon tax.

In the last month, 22 million Americans have filed for unemployment. Only the oldest Americans can remember such a disaster and uncertainty. The economy will recover and eventually roar back to life once widespread testing and vaccinations are available.

Until then, the government is providing a bridge for struggling individuals and families. But now is not the time for sweeping giveaways to special interest groups. Their immediate woes are no worse than those of other industries And their long-term prospects might actually be brighter than others.