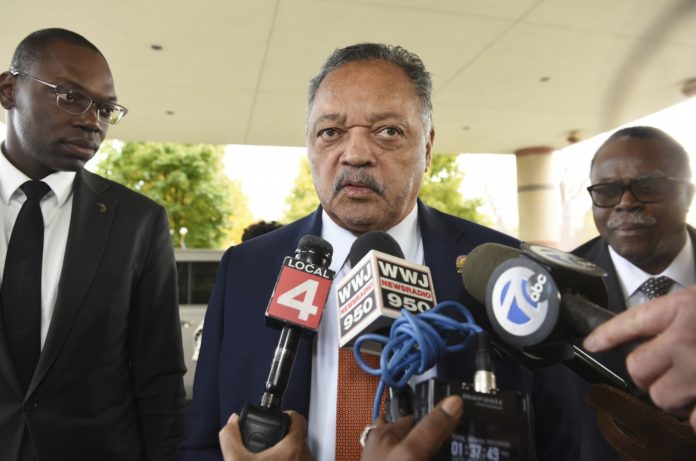 A recent Axios article noted that Jesse Jackson, in a break from others on the left, is advocating for a proposed natural gas pipeline that would service Pembroke Township, Illinois. This should come as no surprise: Rev. Jackson has been advocating for a link to service Pembroke since December, a predominantly poor community where many residents rely on relatively expensive propane or less efficient wood-burning fireplaces for warmth in the winter. Natural gas heat would be an affordable, potentially life-saving option for this community.

In fact, Rev. Jackson has been joined by other civil rights leaders in their support for the use of natural gas, despite arguments that the world should eliminate the use of fossil fuels as quickly as possible. Specifically, Jackson, Rev. Al Sharpton and National Urban League President Marc Morial have in separate interviews indicated that natural gas is needed as an affordable “bridge fuel” to be used until the country can fully transition to renewables. The clear argument is that energy costs make up a larger percentage of poorer households’ budgets than wealthier households. Therefore, hikes in energy costs disproportionately impact the poor. Economists would say, increases in energy costs act much like a regressive tax.

These civil rights leaders are taking an appropriately pragmatic view. They recognize that the climate is changing and that steps should be taken to lower our nation’s carbon footprint, but they also acknowledge that we live in a world where everyday Americans have to heat and cool their homes and use electricity for their appliances and devices. That means more natural gas – a cheap, abundant fuel that can provide energy as needed (there have been some issues with adequate pipeline infrastructure in New England to meet peak heating demand, but Gov. Cuomo’s non-sensical refusal to permit gas pipelines through New York state is a discussion for another day).

Sure, the price of renewables to produce electricity – specifically wind and solar – has dropped to be cost-competitive with, and in many cases cheaper than, natural gas. But that doesn’t take into consideration the intermittency of wind and solar. When the wind is not blowing or the sun is not shining, those energy sources are not supplying power to the grid.

To address the intermittency problem, one of two options must be taken. The first option is battery storage. Grid-level battery storage costs continue to fall, and may some day be truly cost competitive with natural gas, but that doesn’t tell the whole story. Peak demand (whether it be heating days in colder times or cooling days in hotter ones) can be as much as 20 times that of average demand. That means you need to build enough battery storage to meet consumption on those peak days – a terribly expensive proposition (not to mention that you’d have to find huge swaths of land on which to place these facilities).

The second option is, of course, a natural gas-fired power plant as discussed above, that can ramp up or down to meet electricity demand. Gas units are cost-competitive, do not require a back-up source (just an adequate supply of gas), and can be used for baseload and peak power generation. Regarding environmental impacts, natural gas produces half the carbon emissions as coal, and has far fewer emissions of sulfur dioxide, nitrogen oxides, and mercury. And with the advent of fracking (really hydraulic fracturing and horizontal drilling) gas prices are near an all-time low.

The civil rights leaders clearly recognize all of this and have sensibly taken the position that using gas is a prudent and pragmatic step for our near- and mid-term energy future, especially in those communities that have historically been underserved.

Another concern that should factor in minority leaders’ support for natural gas is job creation. A 2016 study by IHS for the American Petroleum Institute (API) estimated that through 2035, the oil and natural gas industry could hire as many as 1.9 million people (including employment turnover and potential sector expansion). While this figure may seem improbable given the unprecedented coronavirus-induced state of oil and gas markets, recall that energy markets are cyclical, and have faced severe down cycles before, coming out stronger than ever.

Importantly, of the 1.9 million hires, over 700,000, nearly 40%, were projected to come from the African-American and Latino communities. Among new hires in management, business and financial roles, IHS projects that over one-fourth will come from communities of color. These jobs don’t come with low wages either. According to API, average salaries in the oil and gas industry exceed $100,000 annually, or over $40,000 a year more than the national average.

Our nation is currently reeling from the impacts of COVID-19. That includes the natural gas industry as well, as demand is down due to the slowdown in economic activity. As we strengthen our ability to defeat the coronavirus threat, our economy will recover, and when it does, energy demand will grow along with it. Our nation should take heed of the comments of Revs. Jackson and Sharpton and Mr. Morial. Gas will be key to providing our underserved communities the affordable, reliable energy that they need to heat/cool their homes and power their lives. For many, it can offer a better livelihood as well.