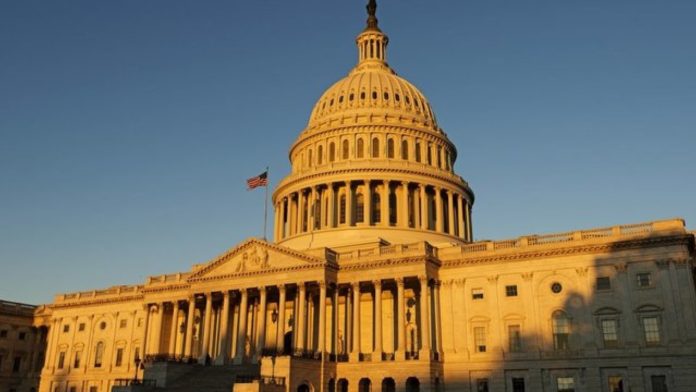 If Republicans end up with a majority in the House, their margin will be much smaller than expected, giving factions within the caucus substantial leverage. To become speaker, Kevin McCarthy will have to accept demands from the hard-right Freedom Caucus affecting both personnel and policy. But if he goes too far in the caucus’s direction, the remaining moderates could oppose some of his legislative initiatives, including fiscal moves that could lead to a government shutdown. It will be a delicate balancing act, and Mr. McCarthy’s room to maneuver will be limited.

In the Senate, the Democrats retained their working majority, allowing them to maintain control of the judicial nominations process and prevent Senate Republicans from joining their House colleagues in investigations of the Biden administration and the president’s son. Winning a 51st seat in next month’s Georgia runoff would give them a numerical edge within what would otherwise be evenly divided Senate committees.

Meanwhile, divisions among Senate Republicans are bursting into public view, including the long-running clash between Florida Sen. Rick Scott, head of the Republican Senatorial Campaign Committee, and Minority Leader Mitch McConnell over midterm strategy. Fresh off a landslide re-election victory, Florida Sen. Marco Rubio joined Mr. Scott, Utah Sen. Mike Lee, Missouri Sen. Josh Hawley and others in demanding that the vote for their party’s leadership be postponed until after the Senate runoff in Georgia next month. Mr. Rubio wrote on Twitter that the caucus needs leaders “genuinely committed” to “fighting for the priorities & values of the working Americans (of every background) who gave us big wins in states like #Florida,” a clear shot at Mr. McConnell.

This fight is about more than strategic disagreements and personal enmities. Mr. McConnell, an establishment Republican, is not on speaking terms with Donald Trump and clearly believes that the former president’s brand of no-holds-barred populism is a threat to the party. Mr. McConnell’s dissidents believe that Mr. Trump has shown the way to a new Republican majority, even if he may no longer be the party’s best standard-bearer.

This election season has altered the dynamic of the 2024 presidential election for both parties. If the Democrats had suffered a rout, President Biden probably would have faced intensified pressure to stand down and allow the party’s next generation to vie for the nomination. Instead, he is free to choose, and if he decides to run for re-election, which seems likely, the odds are that he would not face a serious challenge from within his party.

The opposite has occurred for Republicans. Florida Gov. Ron DeSantis’s landslide victory raised his standing as a potential presidential nominee, while the defeat of many of Mr. Trump’s anointed senatorial and gubernatorial candidates is leading many members of his party to wonder whether nominating him for a third consecutive time is the best course. If Mr. DeSantis is tempted to wait, he may want to ponder Chris Christie’s fate. As Shakespeare wrote, “There is a tide in the affairs of men, / Which, taken at the flood, leads on to fortune; / Omitted, all the voyage of their life / Is bound in shallows and in miseries.”

The 2022 midterms also clarified the parties’ Electoral College prospects in 2024. In Ohio, Democratic Rep. Tim Ryan ran arguably the best campaign of any senatorial candidate of either party and lost to J.D. Vance by 6.6 points. In Texas, Beto O’Rourke ran an energetic race against Gov. Greg Abbott and lost by 11 points. In Florida, Mr. Rubio and Mr. DeSantis won their re-election contests by 16 and 19 points, respectively.

The message to Democrats: Ohio and Florida have become part of the Republicans’ Electoral College base, and Texas will remain there for the foreseeable future. Concentrate your resources elsewhere, on states you have a chance of winning in 2024.

As Democrats revel in their better-than-expected showing, they should also consider some long-term demographic challenges. Republicans won the national popular vote, including almost 40% of the Hispanic vote nationwide, up from 25% in the 2018 midterms. Democrats lost significant support among Asian voters as well and can no longer assume (if they ever could) that garnering majorities among immigrants and their children will be large enough to counterbalance a lackluster showing among white Americans.

In both parties, governors have emerged as potential party leaders. Among Republicans, the re-elected chief executives of Texas, Georgia and Florida are especially notable. On the Democratic side, California’s Gavin Newsom and Michigan’s Gretchen Whitmer won substantial re-election victories, while Pennsylvania Attorney General Josh Shapiro ran a sure-footed campaign against a Trump-leaning Republican and prevailed in the governor’s race by 14 points. In Maryland, Wes Moore beat another such Republican by an astounding 28 points to become the state’s first black governor.

Unlike senators, governors are forced to learn the art of executive leadership or risk losing their office in the next election. The Oval Office is a tough place for on-the-job training, which is why the re-emergence of strong, capable governors as potential national leaders is good news for the country.