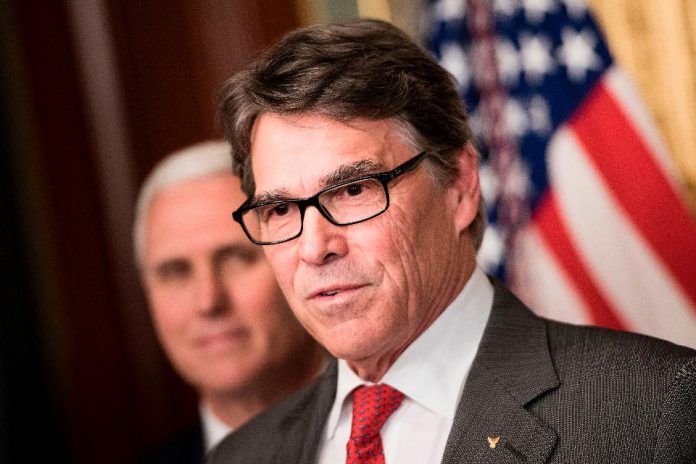 By Norman Augustine and Aaron Weston

This matter is particularly acute when it comes to the nuclear weapons complex and related infrastructure which in some cases is operated by the private sector. Despite the White House’s call for an 11% increase to the Department of Energy’s National Nuclear Security Administration, the President’s new Secretary of Energy, Rick Perry, is an unenviable position.

Mr. Perry must figure out how to sustain federal investment for key defense infrastructure that consumes nearly half of his department’s budget while also defending the White House’s proposed cuts to traditionally popular research and development programs. One issue Mr. Perry should consider promptly is the fact that the United States no longer has any domestic uranium enrichment capability. This is a gaping hole in the defense supply chain.

Uranium-235 is a form of the element distinguished by having three less neutrons than the more common form, uranium-238. Both forms occur naturally, with the lighter of the two at slightly less than one percent by mass of the uranium ore found in the earth’s crust and seawater. Uranium enrichment is the process of increasing the percentage of uranium-235 to reach a desired level of purity. Fuel enriched in uranium-235 (at above 90%) is what powers the naval fleet from aircraft carriers to submarines and when highly purified can also be used in nuclear weapons.

Currently, the U.S. Navy operates a fleet of aircraft carriers and submarines that can patrol the globe for decades without refueling because they operate on highly enriched uranium. The government also uses low enriched uranium (at around 5% uranium-235) to fuel reactors that produce tritium, a necessary component of the nuclear weapons stockpile. “Tritium” is the technical term for the form of hydrogen with two extra neutrons and must be replenished on a regular basis because it loses almost half of its remaining potency every 12 years by radioactive decay. Security considerations dictate that the enrichment supply chain to support the naval fleet and weapons complex originate from entirely domestic resources, and that supply chain is unfortunately no longer in operation.

While the U.S. once led the world in this technology that contributed to our national security, we currently have zero domestic capacity for enrichment, yet Western Europe, Russia, China, North Korea, Pakistan, and even Iran maintain this capability. During the past decade, the DOE shut down the last domestic enrichment facility that was in position to ramp up deployment of an American technology. Now Mr. Perry has the thankless task of modernizing the weapons complex, upgrading aging infrastructure, and in some cases rebuilding entirely lost capabilities, such as enrichment.

Ideally, the U.S. market would support organic investment to drive the most competitive technologies to meet both commercial and defense needs. While the global market is currently dominated by foreign-owned facilities that provide fuel for America’s commercial nuclear plants, only a domestic technology can legally or logically provide fuel for defense needs. Yet domestic companies have no incentive to expend the billions of dollars needed to re-establish U.S. enrichment capacity on their own. This means that Mr. Perry will have to find a way to rebuild it quickly or risk the prospect that the federal government may have to reestablish an entire supply chain as time passes.

If Mr. Perry waits to rebuild enrichment capacity, he will be forced to down-blend highly enriched uranium reserves to low enriched uranium because diluting those reserves (that are vital to fuel the Naval fleet) will be the DOE’s last resort to continue tritium production. This option has finite limits that may be exacerbated by an increase in demand of highly enriched uranium for the proposed expansion of the naval fleet. Furthermore, the process of down-blending highly enriched uranium is analogous to using a fine aged wine as a cooking ingredient – a clearly unattractive option from an economic standpoint. Regrettably, Mr. Perry has not been provided any easy options, and time is not on his side.

Aaron Weston is a senior fellow and the Director of Nuclear Energy Programs at the American Council for Capital Formation Center for Policy Research in Washington, D.C. Norman Augustine recently served as Co-Chair of the Congressionally-directed review of the Nation’s Nuclear Security Enterprise.