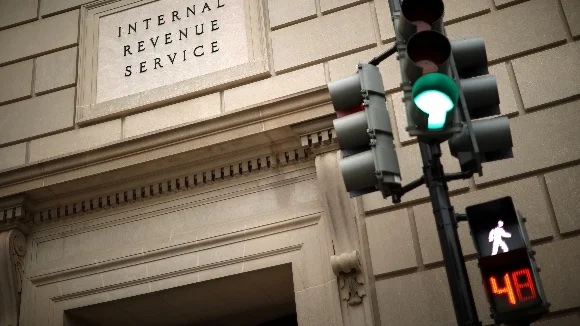 Like the major attention paid to Social Security’s record high 8.7 percent cost-of-living adjustment for current retirees, it is important to pay attention to how these various retirement saving vehicles are evolving. And not just the contribution limits, but also how the design of these plans has changed over time to make sure future retirees have sufficient options available to save for a financially secure retirement.

Over the years, the popularity of these retirement saving vehicles has increased thanks to sound policymaking that used the findings of research in behavioral economics as its guide. 2002 Nobel Prize in Economics winner Daniel Kahneman and his co-author Professor Amos Tversky paved the way with their research in the 1970s. They showed that when faced with complex problems and uncertainty, people used heuristics or rules of thumb to guide action, resulting in less-than-optimal outcomes. Professor Richard Thaler took this research further, studying the financial aspects of behavioral traits such as procrastination and inertia, ultimately bringing him the 2017 Nobel Prize.

Based on this groundbreaking research and follow up studies by countless talented economists, a simple change in the law in 2006, making it easier for companies to automatically enroll their employees in 401(k) plans and to automatically escalate their contributions, was a major success in driving the uptake of these plans. According to 2022 T Rowe Price Research, “Automatic enrollment almost doubles plan participation and successfully gets participants who might not have otherwise started saving.”

Available research also underlines the positive sentiments that Americans have towards 401(k) plans. According to an annual survey conducted by the Investment Company Institute, Americans value the discipline and investment opportunity these plans represent. Ninety percent of survey respondents agree with the statement that these accounts helped them think about the long term, not just their current needs, and 89 percent agree that payroll deductions make it easier for them to save.

Obviously, this is not the end of the story when it comes to retirement savings and associated legislation. Despite the success stories, we still have some ground to cover based on a changing economy. Lack of retirement plans offered by small businesses, due to various costs (monetary, legal or time, among others) was a key issue in the most recent finalized retirement legislation.

In fact, the Secure Act of 2019 provided an opportunity for these employers to band together by authorizing multiple employer plans that increased access to more “favorable pension investment results and more efficient and less expensive management services.” It also provided various credits and simplification of safe harbor rules to help small businesses with these retirement plans.

When it comes to ongoing and future legislative work, we can build on the success of prior legislation, but also need to consider the changing workforce and emerging issues when designing versatile retirement policy. For example, the House version of the new Secure Act 2.0 uses the success of automatic enrollment and includes language that requires automatic enrollment for new 401(k) plans. It also factors in the growing student debt crisis and includes a provision that allows employer contributions made on behalf of employees for “qualified student loan payments” to be treated as matching contributions.

Another issue on the radar of many experts is non-traditional work arrangements. With the rise of technology over the last decade, the gig economy and the number of people involved with free-lance, project-based work has increased. In addition, the COVID-19 pandemic has changed Americans’ work preferences, further increasing contingent, parttime and freelance labor, even among high-skilled professions.

Many expect these trends to continue. In fact, according to one study, by 2027 more than half of the U.S. labor force will be freelance. All these developments tell us that we need to work on making retirement plans and other benefits more accessible to this portion of the workforce. Sens. Warner (D-Va.), Young (R-Ind.) and DelBene (D-Wash.) have introduced legislation to test innovative portable benefit designs for the growing independent workforce.

The bipartisan nature of the bills that are currently in Congress show agreement over the importance of these plans for the U.S. workforce. The inclusion of tax preferred retirement savings vehicles and their role in many of these bills is a testament to their effectiveness.

Any new bill should build on the success of previous ones and strive to expand access to these vehicles and to increase retirement savings. It should also factor in the ever-evolving U.S. economy and its challenges to remain relevant.

Divesting from Big Oil a tough sell — even in the...