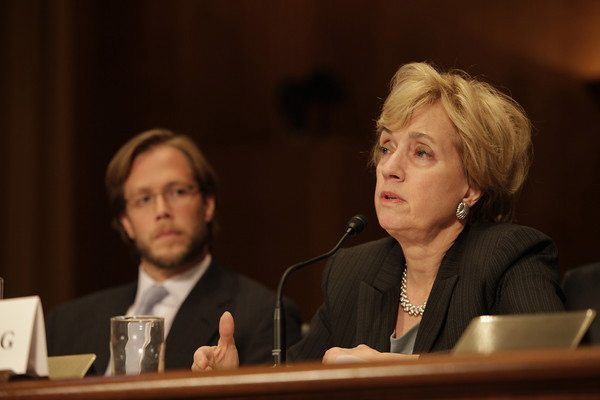 Testimony by Margo Thorning, Ph.D. Before the Senate Committee on Finance Subcommittee on Energy, Natural Resources and Infrastructure

Contribution of Oil and Gas Industry to Current and Future Growth: Since the recession ended in the second quarter of 2009, personal income and job growth in major energy producing states such as North and South Dakota, Texas, Oklahoma, Montana, Wyoming, and Colorado have been much greater than in other states and their unemployment rates are lower than the national average. A new report by the McKinsey Global Institute estimates that if the U.S. fully realizes its opportunity, shale oil and gas could add 2–4 percent ($380 billion–$690 billion) to annual GDP and create up to 1.7 million permanent jobs by 2020. McKinsey finds sharply lower U.S. natural gas prices are boosting the GDP growth and that exporting liquefied natural gas from the U.S. will further enhance economic recovery.

Consumption-Based Tax Reform: As a new ACCF report, “Switching to a Consumption-Based Tax from the Current Income Tax” explains, economic research by top academics, government agencies and think tanks over the past two decades shows that switching from our current income tax to a consumption-based tax system in which all new investment is expensed (deducted in the first year) would help achieve the goals of stronger investment and faster U.S. economic growth.

Cash Flow, Investment and Job Growth: If switching to a consumption-based tax system is not achievable, it is critical to preserve a strong capital cost recovery system. New academic research provides evidence of the strong link between investment and cash flow. A dollar of current and prior-year cash flow is associated with $0.32 of additional investment for firms that are least likely to face difficulty in raising money in capital markets and with $0.63 of new investment for firms likely to face constraints. If accelerated and bonus depreciation for equipment is repealed and replaced with economic depreciation, which is generally longer than the current Modified Accelerated Cost Recovery System (MACRS), the cost of capital for new equipment will rise and investment is likely to decline.

Tax Reform and U.S. Energy Investment: Several tax reform proposals put forward in the last several years eliminate or reduce accelerated and bonus depreciation, LIFO, and provisions used by the oil and gas industry such as G&G, IDCs while lowering the corporate income tax rate. These proposals could slow economic recovery; a new Wood MacKenzie analysis shows that by 2023, the proposals to delay the current IDC deduction timing would result in a loss of 3.8 million barrels of oil equivalent per day from U.S. oil and gas fields. Liquids and natural gas production are both impacted, and job losses would reach 233,000 by 2019.

Data from DOE’s EIA show that new electric generating capacity using wind and solar power tends to be considerably more expensive than conventional, available and secure natural gas and coal resources. In 2012, an 81% of the $16.6 billion in federal tax incentives went to renewables, for energy efficiency, conservation and for alternative technology vehicles while only 19% went to fossil fuels according to the Congressional Research Service (CRS). Some renewable electricity enjoys negative tax rates: solar thermal’s effective tax rate is -245% and wind power’s is -164%.

Environmental Regulations and Investment: Regulations and policy guidelines such as the Social Cost of Carbon, the Renewable Fuel Standard and the regulation of GHGs under the Clean Air Act can raise the hurdle rate for new investment and slow new development and job growth just as can taxes. All regulations should be subject to a transparent cost /benefit analysis with broad stakeholder involvement.