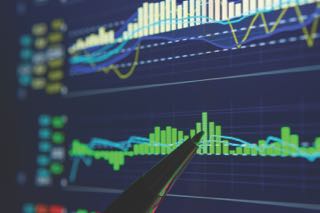 May 27 — Net capital gains swelled 34.4 percent in 2014, according to preliminary data from individual tax returns.

A healthy market was likely the reason for the jump, Pinar Cebi Wilber, a senior economist for the American Council for Capital Formation, told Bloomberg BNA in a May 27 interview.

Net capital gains totaled $586.5 billion in 2014, according to the data. The Internal Revenue Service released the data May 25 in the Spring 2016 Statistics of Income Bulletin.

Capital assets include everything from homes and furnishings to investments like stocks and bonds. Capital gains or losses are the difference between the basis—usually the amount paid for the asset—and the amount realized from a sale.

Wilber said realizations for capital gains “are extremely sensitive to the timing of tax changes,” which explains several recent fluctuations.

Net capital gains increased 60.4 percent in 2012, according to preliminary IRS data from that year. High-income individuals made sales in anticipation of two rate changes, Wilber said.

In 2013, after the higher rate was in effect for high-income individuals, net capital gains dropped 12.5 percent, according to preliminary IRS data from that year.

The number of individuals claiming capital gains on their returns increased 11 percent in 2014, which Wilber said was another factor in the overall increase.

Wilber also said a 34.4 percent increase in net capital gains is about on par with increases that have played out over the past several decades.

Though it is hard to say for sure, Wilber said there likely won’t be “a huge change” in capital gains for the 2015 tax year.

But because the market was weaker that year, the net gains could be lower, she said. The S&P 500 closed at 0.9 percent in 2015, ending three years of gains.