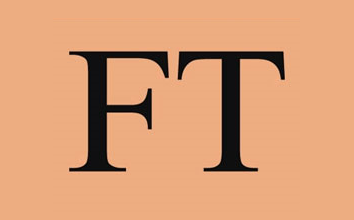 After more than a year of campaigning, the Republican and Democrat nominees have entered a sprint towards polling day. And, as Donald Trump and Hillary Clinton begin to outline their economic visions for restoring growth and improving the living standards of the American people, they should stress one essential ingredient: capital formation.

Capital formation is a little-understood subject with far-reaching consequences. In brief, it is the accumulation of machinery, equipment and intellectual property that has an impact on the operations of a business beyond a single fiscal year. This includes tractors and combine harvester for farmers, factories for manufacturers and software for tech companies.
As businesses build up this capital, they increase the productivity of their employees, who are then able to produce more. Productivity growth, in turn, is the key to increased innovation, job creation, higher wages and economic growth.

Unfortunately, capital formation has waned in recent years. A large part of this is the result of a return to the normal cycles of business investment. Investment soared in the late 1990s and early 2000s, thanks to advances in technological sophistication, especially those relating to the spread of personal computers and the internet.

Since then, capital formation has returned to levels last seen in the 1980s. Non-residential business investment in the US is 12.9 per cent of gross domestic product, compared with 13.4 per cent in 2007 and 14.7 per cent in 2000.

Unfavourable government policies have also played a role. The American tax code, in particular, exerts a downward pressure on capital formation and therefore on economic growth. It is now 30 years since the passage of comprehensive federal tax reform in the US. In the intervening years, nearly every developed country has reformed its tax codes to make them more competitive than that of America. Meanwhile, the US has allowed its tax code to atrophy.

It is one of only six members of the OECD group of rich countries that taxes overseas income earned by domestic businesses, a policy that has led American companies to park $2tn offshore rather than invest it at home. Also harmful is the US federal corporate tax rate, which, at 35 per cent, is significantly higher than the average across the developed world, and this further reduces business investment.

Tax laws, like equipment, depreciate in the sense that they accumulate special provisions called tax expenditures, where corporate income is taxed at different rates for for particular companies and industries engaged in specific activities encouraged by the tax code.
Once implemented, these special provisions accumulate, and their beneficiaries fight hard to retain them.

When we start thinking about tax reform, we should start with the principle of revenue neutrality, the idea that all corporate income should be treated in the same way, no matter how it is earned. The goal should be to eliminate all special provisions and to reduce the corporate tax rate to a level competitive with our international partners such as the Japanese and the Europeans.

While there is broad bipartisan agreement about the need to eliminate special provisions and to reduce tax rates, this needs to be undertaken as a comprehensive reform rather than by picking individual provisions as targets. Corporate tax reform needs to be approached as a clean slate rather than through incremental tinkering.

That is why the next president , whether Republican or Democrat, must pursue tax reform. By doing so, they will kick-start capital formation in a way that cannot be achieved in any other way.

The good news is that there is bipartisan interest in pursuing tax reform. Leaders from both parties in the House of Representatives and the Senate are already sketching out potential reforms with an eye on stimulating investment.

But the most important person in this debate is the next president. Whether tax reform occurs, and whether it is as beneficial as it can and should be, depends on the next occupant of the White House. History shows that when tax reform occurs, it does so with the leadership of the president working in tandem with the Congress, which last happened in 1986.

We need that leadership. Few things are as important in the quest for economic growth and increased standards of living as capital formation. Delayed business investment is harmful to the US.

Reversing this trend — and unleashing a more prosperous future — is the great challenge of the next four years.

The writer is professor of social sciences at Northwestern university and author of ‘The Rise and Fall of American Growth.’