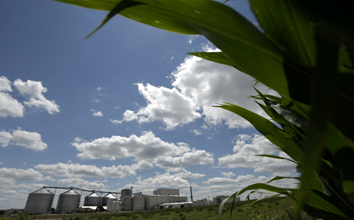 WASHINGTON, D.C. – As the Trump administration readies to take the reins, the Renewable Fuel Standard (RFS) could serve as one of the first opportunities for a bipartisan energy policy win in Washington.

New polling released today by the American Council for Capital Formation (ACCF), independently conducted at its request by the Democratic polling firm Anzalone Liszt Grove Research, characterizes and quantifies for the first time how environmentally minded voters and professional staff from some of the nation’s leading environmental advocacy groups view the RFS. Among this group, the poll finds that 70 percent would like to see significant reductions in the amount of corn-based ethanol that’s mandated to be added to the nation’s fuel supply mix.

“With Mr. Trump’s election, major changes are coming to the energy front in Washington, D.C. and ethanol mandates should be a priority,” said George David Banks, executive vice president of ACCF. “As our new polling reveals, the environmental community has strong concerns with EPA’s corn ethanol mandates, which could generate momentum for a bipartisan solution to addressing this failed policy.”

As poorly as corn ethanol fared among the wider set of 1,000 environmentally conscious voters that were surveyed, it did even worse among those who identified themselves as working for an environmental or conservation organization. Among that segment, 80 percent of respondents said they’d favor an RFS that did more to promote advanced biofuels, such as cellulosic ethanol, at the expense of corn-based ethanol. Only seven percent said they’d strongly oppose efforts to recalibrate the program away from its reliance on corn. And only 39 percent believe that corn ethanol’s preferential status in Washington is a function of “science indicat[ing] that its usage is an effective way to combat climate change.” In contrast, a strong plurality believes that corn occupies the position it does within the RFS largely because of the strength of the corn industry’s lobbying efforts in Washington.

“While our polling strongly suggests that environmentalists would like to see some form of the RFS remain intact in future years, it also indicates overwhelming opposition to the program’s heavy reliance on corn ethanol,” said Zac McCrary, who conducted the research on behalf of Anzalone Liszt Grove Research. “These findings come through not only in the quantitative portion of the survey, but also in the individual interviews we conducted with some of the nation’s leading and most respected environmental organizations. These experts almost universally believe that corn ethanol has been a net-negative when it comes to addressing climate change.”

According to the polling:

Among some of the quotes and testimonials collected as part of the qualitative portion of the research: