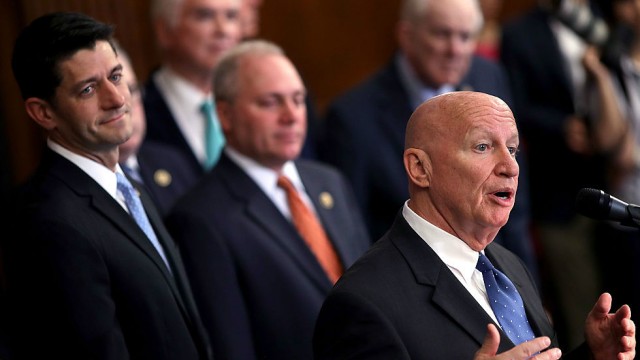 Thursday was like “Coachella” for taxes in Washington, D.C. My organization, American Council for Capital Formation, along with others, held meetings on the very same topic — tax reform. More importantly, the House Ways and Means Committee decided to hold a hearing with major business representatives to discuss “How Tax Reform Will Grow Our Economy and Create Jobs.” No doubt, we will hear lots of ideas from both the business and academic perspectives in the coming days.

Congressman Peter Roskam (R-Ill.), chairman of the House Ways and Means Subcommittee on Tax Policy, who was part of the ACCF panel, stated that, “Tax reform is easier than health care reform … because there is no one who defends the status quo.” It is true; if you pose the question to people with a variety of income levels or business interests, they will tell you how broken the tax code is. Policymakers and academics might not agree on the details, but they agree on the fact that the American tax code needs a major facelift.

As the name of my organization indicates, we strongly believe that provisions that positively impact capital formation — i.e., investment — should be an integral part of any reform. Over the years, economic analysis has underscored the need for high levels of investment in machinery and equipment to continuously replace and update our capital stock. In so doing, businesses can keep up with improving technology and increase their productivity.
This investment also includes digital capital, like software, which is transforming the way we do business. Increased investment will have a positive effect on economic growth by increasing the quantity and quality of capital per employee.

It is no secret that the U.S. has been struggling with disappointing growth, both in investment and in the net stock of private capital. Between 1947 and 1973, the net stock of fixed assets grew at an average rate of 3.8 percent.

After 2007, the period that started with the Great Recession, average growth in the capital stock was only 1.8 percent. Domestic capital formation has not only declined over time but compares unfavorably relative to our top-10 trading partners, including China, India, Germany and Canada.

Then there is the issue of the tax code favoring investment in some assets while punishing others through different depreciation schedules for different asset types. In many cases, the current classifications are outdated, many of which remain unchanged since 1986 and don’t line up with the actual economic life of the asset.

The differences between the actual decline in the value of an asset and tax depreciation may not only distort the allocation of funds between different assets, it may also discourage the new investment.

But how can we design a tax code that not only encourages new investment but also gets rid of some of these distortions? The answer is through a system of full expensing — a critical feature of the House Republican tax reform plan — where the entire cost of investment can be deducted from taxable income in the first year.

Such a system would decrease the cost of capital and would make businesses more likely to invest. It may also boost capital formation by attracting inflows of foreign capital. In addition, investment decisions would be made based solely on economic merits of the assets, rather than tax consequences.

“Because any business can buy equipment or buildings, the government invests in all business activity throughout the U.S. economy, similar to an index fund investing in a basket of stocks that represents the entire stock market,” The Tax Foundation concluded.

Over the years, economic research has shown that tax reform plans that include a simplified tax structure with lower rates and full expensing could lead to significant increases in capital stock in the long run, which would increase overall economic growth. Speaker Ryan (R-Wis.) and Chairman Brady (R-Texas) have many of these principles and provisions at the heart of their tax reform blueprint.

As Chairman Brady stated at the beginning of Thursday’s hearing, “There is no perfect way of tax, but there are proven ways of growing our economy.” Full expensing should definitely be part of the plan.