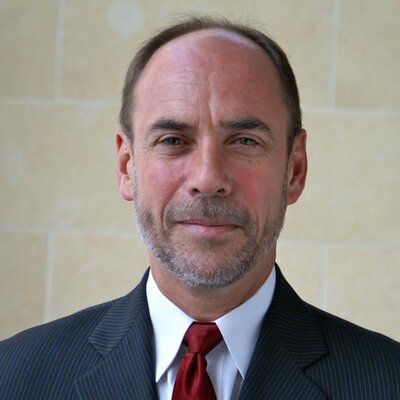 A central component of the tax reform framework rolled out by the Administration and Congress is reform of the corporation income tax. The current system favors foreign production over domestic production, keeps trillions of dollars of U.S. global earnings parked offshore, and makes headquartering a firm in the United States a tax disadvantage. Reform is a way to undo these biases and provide better incentives to invest, innovate, hire, and pay better wages in the United States. Any argument against corporate reform is a de facto argument in favor of the status quo — and the status quo is truly indefensible.

Yet those are precisely the arguments being made, fueled by a Tax Policy Center study that (a) assumes that the growth effects are zero, and (b) assigns the benefits of corporate tax reductions to the affluent. The upshot is that corporate reform is simply another “tax cut for the rich” for progressives to demagogue. But the study is deeply flawed. First, it is simply perverse to analyze a tax reform predicated on better growth …. and ignore growth! Second, it is an empirical question as to whether an increase or decrease in corporate tax rates shows up exclusively as lower or higher returns to shareholders, or if some part is reflected as lower or higher real wages for workers.

Yesterday, two pieces of evidence arrived on these fronts. The first was a paper by the White House Council of Economic Advisers (CEA) that summarized empirical research (across time, countries and U.S. states) examining the relationship between corporate tax rates and real wages. The literature shows a clear negative linkage, and the CEA conservatively translates the impact of a decline in the corporate rate from 35 percent to 20 percent into $4,000 in additional annual income for the median household in the United States.

One way to interpret this result is that it is the answer to the question of how a corporate tax gets shifted, and that answer is onto wages. In the end, however, it is simply a durable empirical link that does not single out a unique channel. It could be tax shifting, but it could also be that reducing corporate taxes improves the efficiency of capital allocation, raises productivity, and thus raises wages. Or it could be both. Or it could be that reducing corporate tax rates raises investment, increases productivity, and thus raises real wages. Or it could be all three. But it definitely means that assigning no benefit to the middle class from corporate reform is wrong.

The second study comes from Boston University public finance expert Larry Kotlikoff — a long-time leader in tax analysis — and co-authors. It uses a sophisticated simulation model (that encompasses all the regions of the globe) to look at a corporate reform of the framework style. They conclude that lowering the rate from 35 to 20 percent means a rise in income of $3,500 per household per year, on average. Specifically, “We find that, depending on the year considered, the new Republican tax plan raises GDP by between 3 and 5 percent and real wages by between 4 and 7 percent. This translates into roughly $3,500 annually, on average, per working American household.” How does this happen? “This expands the U.S. capital stock by between 12 and 20 percent depending on the year in question.” Growth incentives matter.

Both studies serve as a reminder that the middle class has a great stake in tax reform, but that what really matters is what is not written in the tax legislation — the growth. (By comparison, those things written in the law, such as tax brackets, have a much more modest impact.) Corporate reform belongs as part of a middle-class oriented tax reform.