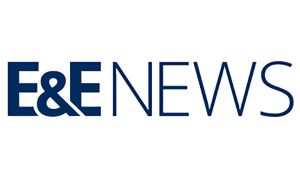 Pruitt called for killing the wind production tax credit last week during a speech at the Kentucky Farm Bureau, where he said renewables should “stand on their own and compete against coal, natural gas and other sources” (Greenwire, Oct. 10).

But Grassley told reporters after the discussion with Pruitt and other GOP senators that the administrator “doesn’t have anything to do with it.” Any changes to current credits would have to go through Congress.

“He did talk about it in Kentucky, and I told him I was the author of the wind energy tax credit and he doesn’t have to worry about it after 2020 because it’s being phased out,” Grassley said.

Under a 2015 budget deal, Congress extended the wind PTC through January 2020, with incremental phase-downs starting this year.

Grassley, whose state ranks second in the country for installed wind capacity, said last week he would press Pruitt on the issue.

Vice President Mike Pence also reportedly said at a private event in Buffalo, N.Y., yesterday that he expected historic energy incentives to remain in place “unless Congress decides otherwise,” according to Politico.

The comments come as a conservative think tank with ties to the Trump administration releases a report today outlining ideas to boost clean energy technology with tax reform.

The analysis from the American Council for Capital Formation says tax changes could improve the investment climate in three ways, including through enactment of lower tax rates and elimination of interest deductions.

“Eliminating production tax credits for wind and investment tax credits for solar would also diminish preferences given those fuels over other clean fuels and fossil fuels,” the report said.

“However,” it said, “these changes would be accompanied by the elimination of tax incentives for oil and gas production and for the coal industry that have often been cited as the reason for extending special tax treatment to renewables.”

Any rollback in energy incentives or major tax shifts are bound to face some pushback on Capitol Hill, but the ACCF report is gaining attention partly because current White House adviser George David Banks worked for the organization prior to his current role. An ACCF spokesman said the report was being distributed to key tax and energy committee staff.

Information Technology and Innovation Foundation analyst David Hart, who worked on innovation policy in the Obama administration, said he was reviewing ACCF’s suggestions but it was encouraging that a conservative group was paying attention to clean energy research and development.

“If we are going to sustain and hopefully increase this kind of federal investment, incentives … we need a big coalition of support, and that has to include Republicans and conservatives,” Hart said.