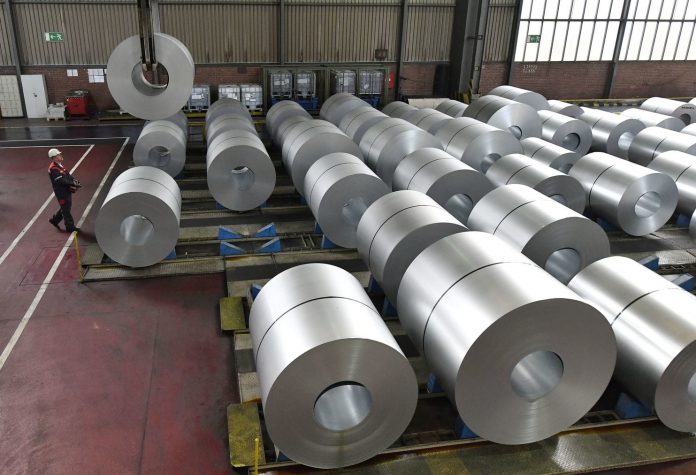 Mexico said it would impose import duties on $3 billion worth of U.S. products, including cheese, bourbon, pork and others, making good on its threats that it would retaliate for U.S. tariffs on steel and aluminum.

The announcement comes as a senior Trump administration official said that the president wants to end the three-party talks to renegotiate the North American Free Trade Agreement, aiming instead to deal separately with Canada and Mexico to restructure the trade accord.

Trump does not intend to withdraw from NAFTA, National Economic Council Director Larry Kudlow said on “Fox & Friends.” But after more than one year of multilateral discussions, he feels the current approach has not been fruitful and a new one is needed.

“His preference now — and he asked me to convey this — is to actually negotiate with Mexico and Canada separately,” Kudlow said. “He prefers bilateral negotiations.”

It wasn’t immediately clear how such an arrangement would work. The United States, Mexico and Canada agreed to NAFTA in the 1990s, and all three countries have worked to renegotiate the deal since Trump became president. Changes would have to be agreed by all sides.

But officials from the three countries have been unable to find consensus on several critical issues, leading to finger-pointing between Trump and Canadian Prime Minister Justin Trudeau in recent days. Trump has accused Canada of ripping off the United States through unfair trade practices, and Canadian officials have said Trump is using inaccurate information to attack a U.S. ally.

With its presidential election 26 days away, Mexico’s government imposed a 20 percent tariff on U.S. pork, apples and potatoes and 20 to 25 percent tariffs on cheese and bourbon. Mexico tailored the list of retaliatory duties to hit states governed by senior Republicans, such as the bourbon produced in the home state of Senate Majority Leader Mitch McConnell (Ky.).

“When you have to compromise with a whole bunch of countries, you get the worst of the deals,” Kudlow said. “Why not get the best? . . . Canada is a whole lot different from Mexico.”

Trump is trying to use the threat of tariffs on steel and aluminum imports, as well as other goods, to force numerous countries to agree to trade concessions. He’s in standoffs with Mexico, Canada, China, Japan and members of the European Union, the largest U.S. trading partner.

In talks in Beijing over the weekend, China offered to buy close to $70 billion in U.S. agriculture, energy and manufacturing products over a year as part of a package meant to ward off U.S. tariffs, according to a senior administration official who was briefed on the talks.

The offer, made during discussions with Commerce Secretary Wilbur Ross, was first reported by the Wall Street Journal.

The package would include increased purchases of U.S. soybeans, corn and other agricultural goods. In addition, China would buy more U.S. crude oil and natural gas exports to quench its thirst for energy.

“If the numbers are accurate, an additional $70 billion in U.S. exports to China would be considerable — a 50 percent increase in U.S. exports from 2017 levels,” Chad Bown, a senior fellow at the Peterson Institute for International Economics, said in an email. “Ongoing negotiations are a good sign and are certainly better than a tariff war.”

But he said even that amount “would not address the underlying, long-run concerns the United States has with China.”

Those include China’s assistance to state-owned enterprises, investment restrictions on foreign firms, forced technology transfer, industrial policy and the protection of intellectual property.

Even with the weekend’s developments, all the trade talks appear to be moving slowly or stalling, leading to angst on Capitol Hill and among business leaders.

Kudlow said he briefed a senior Canadian official on Trump’s new idea Monday and was still waiting for a response. Trump and Kudlow are traveling to Quebec this week for a meeting of leaders from seven of the world’s leading economies, and several of those officials have expressed frustration at Trump for his protectionist approach to trade.

A Canadian government official, speaking on the condition of anonymity to discuss diplomatic relations, said there have long been one-on-one talks as part of the NAFTA negotiations but noted that the trade pact is a three-country agreement and that any resolution would require all three countries to sign on together.