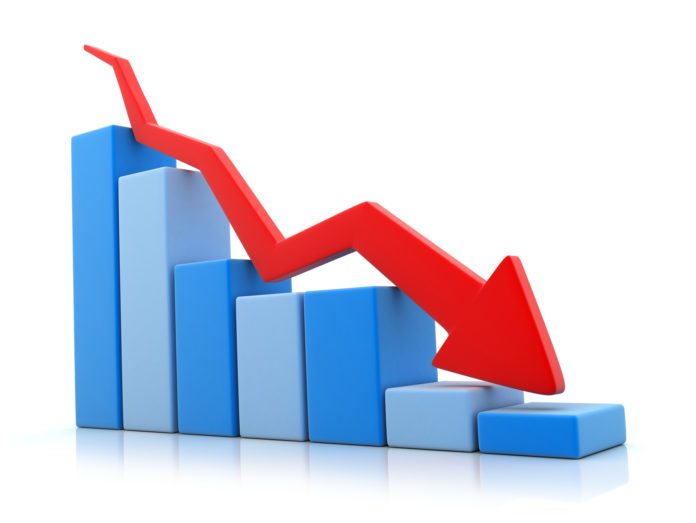 In the evolution of the U.S. economy over the past four decades, one fact stands out as especially puzzling: the large and fairly steady decline in interest rates.

Consider what has happened to three key benchmarks. In September 1981, the 10-year Treasury note yielded over 15 percent. Today, it yields less than 1 percent. Over the same period, the critical short-term rate set by the Federal Reserve, the federal funds rate, has fallen to nearly zero from about 16 percent, and the rate on 30-year mortgages has dropped below 3 percent from over 18 percent.

What accounts for this decline, and what does it imply for personal and public decision-making? Some answers are clear, but many more are elusive.

One reason for the interest rate decline is a drop in inflation expectations. As the economist Irving Fisher noted almost a century ago, when bond investors expect high inflation, they anticipate that repayment will be made in significantly less valuable dollars, and they demand a higher interest rate to compensate. When expected inflation falls, as it has over the past 40 years, interest rates typically do as well.

But this so-called Fisher effect is only a piece of the puzzle. According the University of Michigan’s survey of consumers, expected inflation fell 4.3 percentage points from September 1981 to September 2020, explaining only about a third of the decline in interest rates. The remaining question is why inflation-adjusted interest rates — what economists call real interest rates — have declined so substantially.

It may be tempting to blame the Fed and specifically its recent chairs, Jerome H. Powell and Janet L. Yellen, whom President-elect Joseph R. Biden Jr. has nominated to become Treasury secretary. After all, the Fed sets interest rates, doesn’t it?

In the short run, yes, but not in the long run. The Fed aims to set interest rates at levels that will produce full employment and stable prices. This level is sometimes called the natural rate of interest. The natural rate is determined not by the central bank but by deeper market forces that govern people’s supply of savings and businesses’ demand for capital. When the Fed sets low rates, it is acting more like a messenger, telling us that the economy needs them to maintain equilibrium.

Several hypotheses might explain the decline in the natural rate of interest:

As income inequality has risen over the past few decades, resources have shifted from poorer households to richer ones. To the extent that the rich have higher propensities to save, more money flows into capital markets to fund investment.

The Chinese economy has grown rapidly in recent years, and China has a high saving rate. As this vast pool of savings flows into capital markets, interest rates around the world fall.

Events like the financial crisis of 2008 and the current pandemic are vivid reminders of how uncertain life is and may have increased people’s aversion to risk. Their increased precautionary saving and especially their greater demand for safe assets drive down interest rates.

Since the 1970s, average economic growth has slowed, perhaps because of a slower technological advance. A decline in growth reduces the demand for new capital investment, pushing down interest rates.

Some economists, most notably the New York University professor Thomas Philippon, have suggested that the economy is less competitive than it once was. Businesses with increasing market power not only raise their prices but also invest less. Again, reduced demand for capital puts downward pressure on interest rates.

Which of these hypotheses is right? The question is an active area of research. Very likely, a combination of these forces is at work.

Some of the implications of low interest rates are already clear. For example, a balanced portfolio of half stocks and half bonds has historically earned a return of 8.2 percent, or about 5 percent after inflation. My guess is that a more plausible projection is an inflation-adjusted return of about 3 percent.

That means that institutions like universities that use the return on their endowments to fund their activities will need to tighten their belts. It also means that individuals will need to rethink retirement saving. According to my calculations, to support any given level of spending for a 20-year retirement, a person’s nest egg entering retirement needs to be 19 percent larger. For much the same reason, public and private pension plans are probably more underfunded than current estimates suggest.

There are, however, also upsides to the decline in interest rates. Young families looking to buy homes, for example, benefit from the lower cost of mortgage financing.

Some economists have suggested that with interest rates so low, the government need not worry much about increases in government debt. That is probably right, to a degree. Although government debt is near its highest point as a percentage of gross domestic product, servicing it hasn’t been a problem.

But interest rates could always return to more normal levels. If so, servicing the debt would become more costly.

Moreover, some of the causes of low interest rates might give reason for concern. For example, if they reflect low growth expectations, then counting on strong growth to reduce the debt-to-G.D.P. ratio, as the United States did after World War II, might not be an option.

In the end, low interest rates are a double-edged sword. We don’t yet know which edge will be sharper.

ACCF Scholar: Inequality and Its Discontents